New level of immersion at VR parks: how to deliver addictive experience

Virtual Reality opens the world of new opportunities for people across the globe. From entertainment and gaming to healthcare and education – VR is fundamentally transforming industries. According to Statista, VR and AR market size is expected to grow dramatically – from 27 billion U.S. dollars in 2018 to 209,2 in 2022. 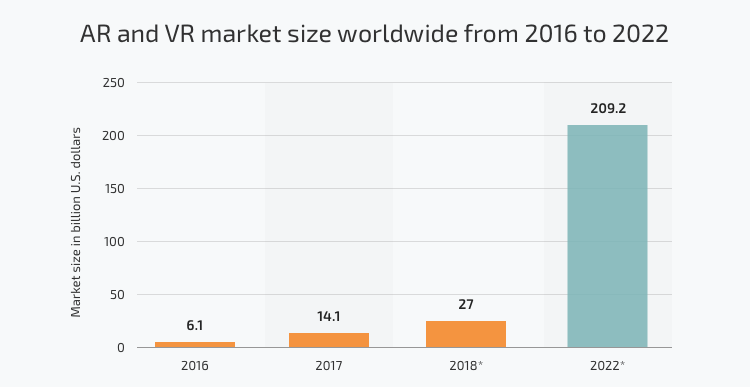 While within most industries R&D departments are still experimenting with VR, some businesses are already seeing a return on investment and significant growth thanks to the technology, namely theme parks and location-based entertainment (LBE) sites.

These days, both children and adults stand in lines to take their portion of immersive experience at such outstanding VR theme parks as The Void, Dubai Mall VR Park, and others. Meanwhile, a number of location-based VR at different places from shopping malls to movie theatres is rising at a phenomenal rate. VR parks and arcades aim to increase the immersion of the virtual worlds they create and provide their users with unforgettable experience.

Nowadays, building a VR solution isn’t simply about adapting a flat-screen experience to work on a VR headset. Users are demanding the new quality of VR content and the new level of immersion, so VR parks need to exploit the full potential of the innovations in this field.

Motion tracking takes its roots in animation. Across a variety of industries like media, film, and games, motion capture helps create realistic animations based on real-life human motion. But it’s not the only application of motion tracking technology. It enables you to track the movements with 6 degrees of freedom in three-dimensional space in real time, which is perfect for location-based VR and entertainment experience in general.

In addition, motion capture solves one of the most acute VR problems – motion sickness.  Traditional VR platforms create a mismatch between what we see and what is actually happening to our bodies. Whereas motion capture technology synchronizes the senses and provides a greater sense of presence in VR, making it more immersive and engaging. 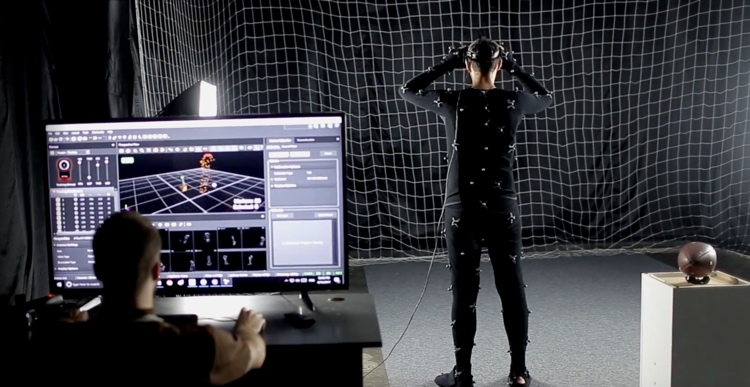 There are several methods of motion tracking location-based entertainment businesses can implement:

Motion tracking has a great impact on how users train and interact. For instance, QBSIM, a VR simulation developed by Sports VTS in cooperation with N-iX, leverages motion tracking technology to provide a realistic training experience for quarterbacks (leading position in American Football). Since quarterback training is problematic due to considerable costs and high injury risks, the solution provides them with an effective and secure way to practice their skills. Body tracking is crucial for this game as it enables coaches to observe not just how the players throw a ball but also their body movements.

Classic VR platforms have limited possibilities when it comes to tracking the user’s hand movements since controllers are not that convenient to use and they lack precision. Therefore, hand tracking is an important addition to immersion, especially for the experiences requiring accuracy in hand and finger movement.

There are several ways to provide hand tracking in a virtual environment, such as wearables and optical systems.

In QBSIM, hand tracking technology helps quarterbacks master their passing techniques. It is done with the help of Manus gloves that have high-tech sensors tracking finger and hand movement in real-time. 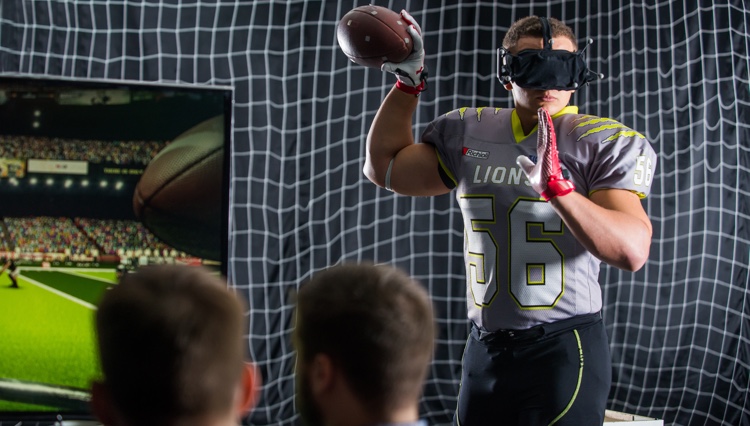 Haptic technology recreates touch sensation through vibrations and forces using the devices such as gloves and controllers. VR haptics allows users to experience real-world senses in the VR world. If you want to provide your users with realistic immersive sensations, you can use haptic gloves or full body suits.

Other ways to add immersion to your VR solution

It is possible to take a VR experience even further with dedicated VR entertainment platforms, such as KAT WALK by KAT VR (a VR omnidirectional treadmill), Transfinity VR by < Virtec Attractions (dynamic platforms), pneumatic-powered seats by DOF Robotics, and other custom hardware. In addition, most of the manufacturers offer custom media production and out-of-the-box VR solutions for location-based entertainment businesses. For instance, N-iX developed VR Hoverboard solution for Virtec Attractions and integrated it with the hardware. Also, we delivered custom Unity-based software for DOF Robotics.

You can make your virtual world even more immersive adding temperature simulation. For instance, TEGway, a spin-off of the Korea Advanced Institute of Science and Technology, developed a thermoelectric device that can produce heat or cold when necessary. Also, Vivoxie, a Mexican company, created gloves that make users feel the temperature, vibrations, and weight via sensors. Another solution, Ambiotherm, offers a temperature module that simulates heat while attached to the back of the user’s neck.

Incorporating wind into virtual experiences is another way to approach immersion. ZephVR offers an add-on for VR goggles that generates simulated wind when you walk the VR landscape. It adds the lightweight fans to the goggles and some wind in sync with the VR game. Also, there is VrWind, a VR wind simulator, that provides a realistic simulation of wind-blowing and airflow.

Smell is another factor that affects presence a lot. That is why new ideas about adding smell to VR experience are coming out. One of them is Feelreal sensory mask that simulates hundreds of smells in the VR world. Also, Vagso , a Tokio-based startup, created an attachment for VR headsets that releases a scent when necessary.

As you can see, there are different ways to hack the person’s senses and deliver a new level of immersion in the VR experience. Motion tracking makes users feel their bodies in the game, hand tracking allows recognizing gestures, and haptic feedback adds some real-world senses into the VR world. Also, temperature, wind, and scent simulation can make a VR experience even more realistic. Yet, the biggest challenge of VR parks is to keep up with the rapidly developing technologies. So at the end of the day, it’s important to have a strong VR development team to innovate and deliver the VR content users will stand in lines to try.

Here at N-iX, we create immersive VR solutions both for enterprise needs and entertainment industry. N-iX Game and VR Studio comprises more than 70 specialists, including game artists, Unity and Unreal developers, game designers, testers, and other experts that bring the boldest VR ideas to life. Check out our portfolio for details and this short video overview of our VR/AR projects.

If you have any questions, do not hesitate to contact our experts and get the answers you need.

11 March 2021
How to solve top 5 staff augmentation challenges
Staff augmentation is now considered as one of the most effective ways to improve time-to-market, cut costs, and embrace innovation. The Covid-19 crisis has proved that a remote working model is quite...

08 October 2019
30 VR development companies with strong portfolio
Virtual, augmented, and mixed reality, which we previously associated primarily with the gaming industry, has found its way to business and proved to be useful in many spheres. Survey result...