Global Automotive Augmented Reality Market Research Report 2016 says Automotive AR market will grow steadily at a CAGR of almost 18% by 2020. While Goldman Sachs predicts the value of the virtual and augmented reality industry to reach $80 billion by 2025, the number of solutions entering the mar...

VR solution development in automotive: how it’s made

While Goldman Sachs predicts the value of the virtual and augmented reality industry to reach $80 billion by 2025, the number of solutions entering the market is rising exponentially. The hype around virtual reality has reached every industry, and virtually every business rushed to embrace the technology. Automotive, however, is the sector that seems to drive full value out of it. Ford, Audi, Toyota, Lexus and many other brands leverage VR and AR to improve the manufacturing process, train employees and market products more effectively.

When companies from the automotive sector address us with the need to develop a VR/AR solution, their major questions concern the development process, team composition, duration of the project, the best VR technologies and platforms etc. So let’s discover the major aspects of VR solution development , the possibilities it offers to the automotive world, and its best implementation examples.

To create a VR solution, you’ll typically need a team composed of Unity/Unreal developers, 2D/3D artists, animators, VR content producers, and QA engineers. On average, a simple VR solution takes from 1 to 3 months to develop. Depending on the complexity of the application and the required level of realism, it may take from 3 to 6 months or more to create a more complex one. This type of solution requires creating 3D models in full VR including prototype creation and its optimization.

An effective way to reduce the time-consuming and expensive product development life cycle is to accelerate the usual prototyping process. In this respect, Virtual prototyping is a real game-changer. It involves creating a software model using CAD (computer-aided design) in combination with VR tools to replace physical prototypes. The simulated product can thus be quickly reproduced, tested, and modified. As a result, you get rapid and efficient prototyping which enables early detection of bugs and shorter time-to-market.

Another important aspect of VR solution development process is choosing the best tech base – Engine for your solution . The choice of the Engine depends on the characteristics of your solution. For instance, if you want to create a cross-platform application in full VR, experts recommend using Unity Engine. It enables you to deploy the solution across all major mobile, VR, desktop, console, and TV platforms plus the Web.However, developing a VR solution for the web is better with Unreal Engine. It creates better picture quality than Unity and more possibilities like rendering technology to enable fast post processing and support of many features.

How is VR technology creating a new wave of innovation for automotive?

Vehicle design is a complex process requiring continuous modification and reviews before the car finally reaches the production stage. This is one of the most expensive and time-consuming aspects of car manufacturing. In this respect, VR can offer numerous benefits such as time efficiency and cost reduction by replacing physical mock-ups with virtual prototypes. It can be used for design and evaluation at early stages of the development process before expensive and time-consuming physical mock-ups are produced. Moreover, VR allows having multidisciplinary teams spread across the world and work together on the same prototype simultaneously.

For instance, Ford’s Virtual Reality Lab is leading this era of revolutionary design development by enabling engineers to quickly and easily improve the quality of early concepts by virtually projecting the new car design. VR technology enables them to design cars prior to creating a physical prototype, thus improving production timing and cutting costs.

Virtual Reality is a powerful marketing tool which allows auto businesses to make a deep impression about the brand. Google Zoo study revealed that VR has the potential to relay much more powerful advertising and journalistic messages than traditional video or still images. With virtual reality, automotive companies can now build their own unique VR story framework and showcase their major strengths to their users.

Gartner states that by 2020, 100 million consumers will shop in augmented reality due its ability to help visualize purchases.

Global automotive brands such as Mercedes-Benz and Volvo, in cooperation with Microsoft HoloLens, are harnessing the power of VR for virtual pre-sales experiences to boost online vehicle sales. For instance, Volvo created a VR app to support the launch of their XC90 SUV which takes the user on an idyllic ride through the country. Whereas Mercedes showed off its latest SL model with a virtual drive on the Pacific Coast Highway in California. These VR solutions enable the potential buyers to look around the interior of the car, peer up through the sunroof, and watch as the car navigates the road.

Additionally, Autodesk leveraged the power of AR and VR to create a solution VRED that helps automotive designers and engineers create product presentations, design reviews, and build virtual prototypes. It can work in conjunction with spatial AR to project 3D information onto different designs giving many people the ability to look at different design options. Besides, VRED works with Oculus Rift and HTC Vive’s VR head mounted displays (HMDs).

Virtual reality is widely used for training specialists on automotive service operations and proves to be even more effective than traditional observation-based approaches. Studies reveal that with simulated training, task completion is improved and the retention of information after two and four weeks is higher for participants trained with VR than with other systems.

Robert Bosch GmbH, the world’s largest supplier of automotive equipment, is leveraging the power of VR for training around 10,000 mechanics on direct-injection and breaking technology. The company has launched a 750-stop tour with Oculus Rift headsets which allows the technicians to get virtual tours inside the engines.

What’s more, Audi leverages VR for Audi Virtual Training Car. It is a VR driving simulation in an Audi A4 relying on a heavily modified Oculus Rift DK2 headset. It creates the user experience realistic driving scenarios that would require emergency braking assistance.

Virtual and Augmented Reality technologies are not new to the automotive industry. It’s difficult to find a car brand that hasn’t embraced VR yet. Automotive manufacturers use it to enhance the production process, boost sales and train their staff. As the technology advances and new headsets hit the market, consumers expect auto businesses to present more immersive solutions. So for one thing, automotive companies are under constant pressure to innovate. And for another, they are well aware of the benefits virtual reality offers to their businesses.

However, VR solution development may become a real challenge if you don’t find experienced specialists with enough expertise and domain knowledge. N-iX VR developers have successfully completed a lot of projects and will be happy to answer any of you questions. Just fill in a short Contact form. 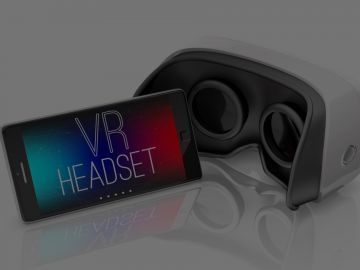 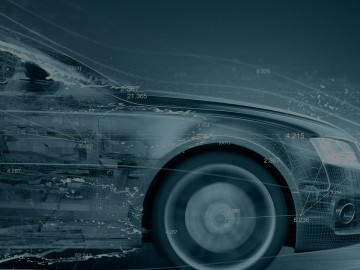 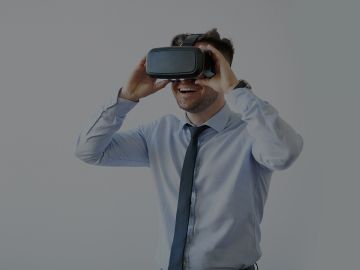 3D VR vs. 360 Video VR: key differences
The surge of new virtual reality technologies is advancing so fast it’s difficult to grasp all the emerging innovations in this sphere. Most people still know only basic things about VR headsets... Choosing the right outsourcing strategy: An ultimate guide
An IT outsourcing strategy is a long-term plan describing which IT functions are to be kept in-house and which should be delegated to an IT vendor. It provides a detailed roadmap of transferring activ... 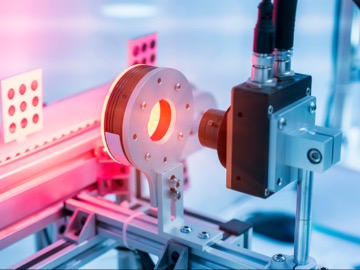 Computer vision system: challenges, benefits, use cases
Modern cameras can capture visual information in high fidelity but taking pictures of objects is not the same as seeing those objects. Computer vision allows computers to extract valuable insight from...