The number of connected devices is soaring, and the reality of ubiquitous smart homes is on the horizon. As a consequence, the demand for IoT developers is going up and often remains unsatisfied. In 2017, global spending on IoT technologies reached 1,68 trillion USD, and there are now over 23 bil...

The number of connected devices is soaring, and the reality of ubiquitous smart homes is on the horizon. As a consequence, the demand for IoT developers is going up and often remains unsatisfied.

In 2017, global spending on IoT technologies reached 1,68 trillion USD, and there are now over 23 billion connected devices. According to Frost and Sullivan report, every person globally is likely to have an average of 5.1 connected devices by 2020.

This results in the increased demand for experts in such low-level languages as Assembly, C, and C++,  and high-level programming languages for application development, such as JavaScript, Java, Python, and Node.JS.

Such insatiable appetite for IoT talent drives the salaries up. PayScale reports the stats on how much IoT developers earn in various countries:

As a consequence, to find enough engineering capacities and in-demand IoT specialists and catch up with innovators, many businesses from the USA and UK venture into Ukraine and other countries of Eastern Europe.

Ukraine is home to a vast talent pool of software engineers with over 160,000 specialists residing here.

The country ranks first in the number of C++ developers in the world. What’s more, according to Dou.ua ranking,  the most popular technologies among Ukrainian software engineers are C/C++, Java, JavaScript, PHP, and .Net.

Such background and preference for coding languages create favorable conditions for IoT development in Ukraine. The country is home to a variety of IoT-oriented hubs, schools, and labs. As a result, many software engineers in Ukraine have hands-on experience with IoT projects and embedded software, and a wide range of IoT-related companies either were born in Ukraine or collaborated with Ukrainian developers on their IoT solutions. Here are but a few to mention:

It comes as no surprise that many companies partner with Ukrainian IoT developers that have sufficient qualification, programming background, and impressive portfolio of IoT projects. The projects are performed across a wide range of industries, from industrial automation to healthcare.

To illustrate this, we’ve prepared 7 success stories that reveal the benefits of cooperation with Ukrainian IoT developers

Cardo Systems is one of the global market leaders in wireless communication systems for motorcyclists. The company has developed the world’s first Bluetooth communication system for motorcycle helmets, which can be found in motorcycle accessory stores in over 80 countries. Cardo has partnered with leading motorcycle and accessories manufacturers like Schuberth,  SHOEI, Ducati, HJC, and Bell. The company also implemented revolutionary DMC™ (Dynamic Meshwork Communication) technology which enables riders to maintain constant connectivity through a virtual network.

Anoto‘s main product is the Anoto Digital Pen, a combination of an ordinary ink pen and a digital camera (along with supporting hardware) created to digitally record everything written with the pen. It allows fast and reliable transmission of handwritten text into a digital format. The digital pen technology is applied across a wide spectrum of industries including pharmaceuticals, healthcare, education, transport and logistics, financial services, and more.

Anoto has worked with N-iX for more than 12 years on their IoT projects. N-iX has contributed to the development of the Forms Design Tool, a plugin for Adobe Acrobat Professional that enables a user to create a paper layout with the Anoto pattern; penDirector, an app that manages digital pen performance leveraging existing SDKs; penUpgrader, an application for updating pen firmware; AFP Document Tools, an app which demonstrates how digital paper can be designed, printed and viewed with AFP, and many more.

Locinox is a global manufacturer and supplier of the gate and fencing hardware. The company develops innovative outdoor access control products. The company produces a wide range of products including locks, hinges, gate closers, keeps, gate catchers, and more. In partnership with N-iX, Locinox is developing a solution that automatically opens the gate through access codes. The system guarantees safe opening and closing of the gate and provides easy yet controlled access to the premises.

The products help maintenance technicians to achieve the best performance from the assets and equipment they run. Leveraging SCHAD Mobile Work Management, any SCADA system can be operated on a mobile device.

SCHAD and N-iX have been cooperating for 5 years. The team has designed the architecture of ESB-like integration platform and developed the full life cycle of the solution including design, development, testing, and deployment. The products built by SCHAD/Fluke in collaboration with N-iX engineers include IBM knowledge management system, SCADA, and CMMS.

Cellgarden is an early-stage IoT startup based in Germany. Its core team has developed its own nutritional concept to make people’s lives healthier and better. The scope of work required mechanical design, electrical engineering, firmware, and web/cloud development, and further focusing on end-user mobile apps.

HorseAnalytics is a Germany-based early-stage startup. The aim of HorseAnalytics is to follow horses all the time and to monitor and improve their health by using mobile apps, sensors, and integrated data analysis. The company performed an end-to-end solution that monitors horse activity 24/7 including exercise, sleep and behavior and translates all of this into the actionable insights.

To find enough engineering capacities and in-demand IoT specialists, many businesses from the USA and the UK partner with IoT developers from Ukraine. They have enough qualifications, programming background, and an excellent track record of IoT development across a wide range of industries, from healthcare to solar power management. We’ve collected 7 success stories that illustrate how global tech companies partner with Ukrainian IoT developers and unlock the potential of ground-breaking ideas.

5 tech innovations behind modern IoT security solutions
IoT is creating ample opportunities for businesses worldwide. However, its rapid adoption also brings a number of challenges. For the past few years, experts have been expressing concerns about the vu...

Azure Data Factory: All you need to know
As more and more data becomes available, it gets difficult to manage it. Investing in advanced technologies and services allows you to extract more value from data. So, modern enterprises need to embr... 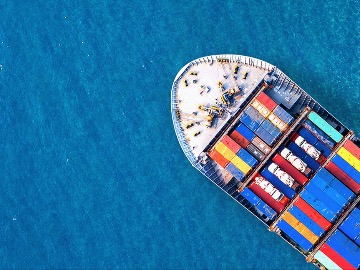 Innovation in logistics: how to succeed with it
Logistics have embraced digital transformation more slowly, compared to other industries. However, with the global pandemic, increase in ecommerce and decrease in offline retail, the traditional suppl...