Blockchain has the potential to offer a whole world of technical possibilities both to businesses and developers. First implemented as a distributed ledger underpinning bitcoin, it is now known as an innovative technology with wide-ranging use-cases. The applications of blockchain are almost limitle...

How to find Blockchain developers in Eastern Europe

Blockchain has the potential to offer a whole world of technical possibilities both to businesses and developers. First implemented as a distributed ledger underpinning bitcoin, it is now known as an innovative technology with wide-ranging use-cases. The applications of blockchain are almost limitless, ranging from loans and payments to more efficient supply chains and identification management. As different use-cases of blockchain emerge on the market, organizations in all industries face the challenge of finding resources for creating solutions based on this technology.

Blockchain developers are some of the rarest and most demanded IT resources on the US and Western European software development markets. Therefore, companies often consider Eastern Europe as a reliable outsourcing destination offering a good pool of IT talent. We’ve analyzed the most prominent IT outsourcing destinations in Eastern Europe to help you find the blockchain expertise you need. So let’s discover which Eastern European countries have the potential and the resources to develop projects based on this revolutionary technology. 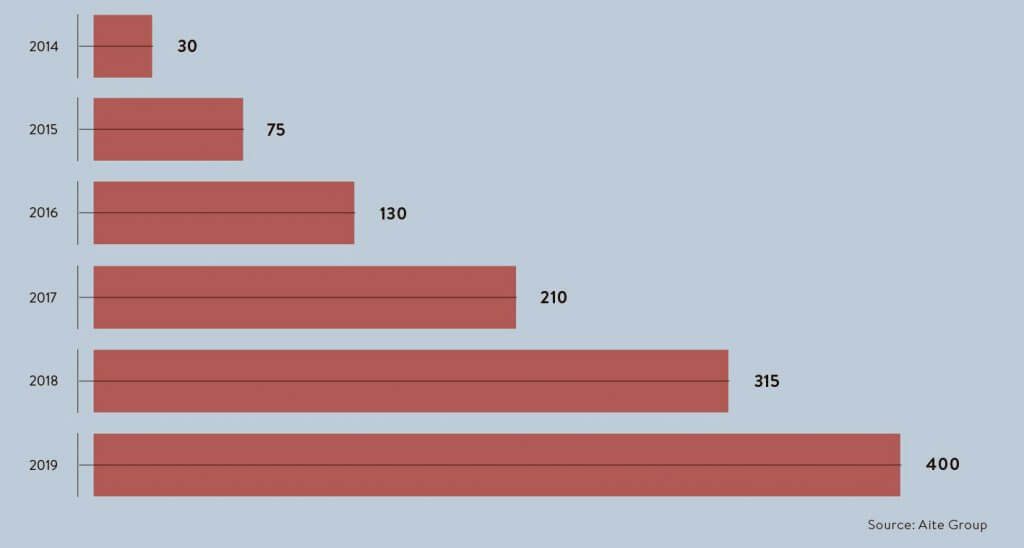 Ukraine has a vibrant tech community and the largest pool of developers in Eastern Europe. Its government is actively supporting the growth and development of the IT sector. Moreover, software engineers in Ukraine are eager to learn new and trendy technologies since this can open up new career opportunities. With this in mind, many of them started adopting blockchain to meet the growing need for this tech.

Ukrainian developers have already created such blockchain-based solutions as E-VOX (simplifies the voting process by using smart contracts), GURTOM FOUNDATION (facilitates service exchange), INFRA (regulates communication between parties without a common ledger) and many others.

Additionally, some of Ukrainian IT companies have expertise to provide offshore and nearshore outsourcing services and create solutions based on blockchain. For instance, N-iX has more than 500 skilled developers in its arsenal. Many of them have experience in providing software development services to international fintech software companies such as CurrencyCloud, Finatek, Baxter-FX and Mobile Trading Partners. The growing need for blockchain drove the company to adopt this new technology and explore its applications in fintech. Now they can offer a broad range of services including blockchain technology consulting, apps development and even more.

What’s more, an IT outsourcing company Innovecs has opened an R&D center specializing in blockchain in 2015 in Kyiv. Also, IT companies such as Distributed Lab and Ambisafe have teams of Ukrainian developers who create blockchain solutions. 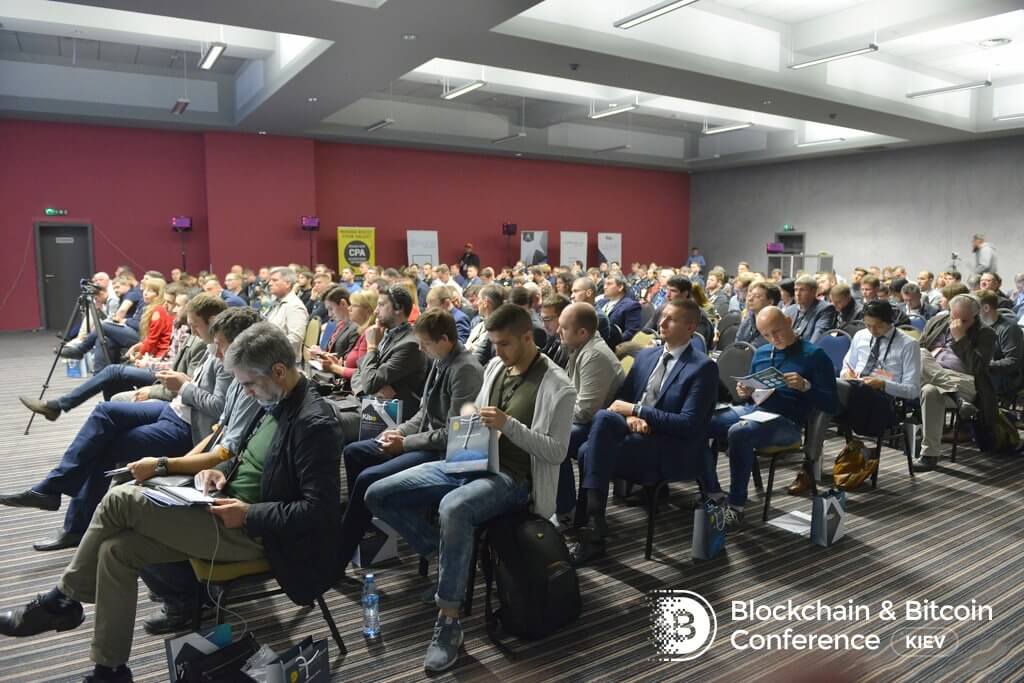 Blockchain and Bitcoin Conference in Kyiv 2016

Some of the global bitcoin companies were founded by specialists coming from Belarus, such as gambling software developer SoftSwiss, Cryptonit exchange, or Bitok. What’s more, Belarusian blockchain developers have assembled a ‘smart socket’ which is capable of selling power and WiFi connection for Ethereum tokens. This socket was officially presented on May 21 at Blockchain Conference Kyiv. Furthermore, some of Belarusian IT companies are adopting this technology to provide outsourcing services. For instance, Belarusian IT company Smartum Pro has expertise to create blockchain apps for increasing security levels of business transactions and assembling all kinds of information.

Poland is trying to catch up with all the innovations arising on the software development market. Its government is embracing the digital shift and has recently released an extensive digitization plan called “From Paper to Digital Poland” that reveals steps towards societal transformation using digital technologies. According to this plan, blockchain technology will be implemented for electronic and cashless identification in Poland. This will create a large field for the development of new projects associated with digital currencies.

Now Polish developers are planning to use blockchain for creating regulatory, legal and economic solutions. They have already worked on a number of projects including Blockchain and cryptocurrency stream (which engaged more than 70 specialists), Polish blockchain accelerator, BlockBank and others.

Furthermore, a number of blockchain meetups have already been organized by Polish developers such as Ethereum Meetup Poland which gathered a group of Ethereum enthusiasts, entrepreneurs, developers, hackers, and academics. In the near future, they are planning to the use blockchain technology for safe and reliable transactions in administration and business.

Moreover, the number of Polish software development companies providing blockchain-based outsourcing services is accelerating. For instance, such Polish IT companies as Pragmatic Coders and Colubris.Pro have expertise to provide custom blockchain-based software development. Additionally, an IT company Billon created solutions for fast and secure online transactions and payouts based on blockchain technology such as Billon Quick.

As for blockchain and bitcoin-based projects created by Bulgarian developers, the most popular one is Bitcoini. It is one of Bulgaria’s first bitcoin-exchanging website. Moreover, CoinFixer, a bitcoin exchange compliant with KYC and AML regulations, was approved by the State Agency for National Security. At this moment, the team of Bulgarian developers is working on the solution Incubator which combines Blockchain technology and VR. This will be the first startup combining VR technology and blockchain on the European market.

All things considered, blockchain technology is still at an early stage of development but it is undoubtedly gaining traction in Eastern Europe. The above mentioned facts prove the availability of blockchain expertise in this area and its constant development. Furthermore, the number of Eastern European blockchain developers is growing as well as the demand for this technology. They are creating robust blockchain-based solutions which have the power to provide the best security levels and simplify many business processes. Additionally, companies and IT communities organize various blockchain and bitcoin events to raise the awareness of developers and foster the adoption of this technology.

Moreover, in some countries like Ukraine, the government actively supports blockchain community and developers as the number of companies providing blockchain solutions and services is gradually increasing. So, in the near future, Ukrainian IT companies will introduce even more solutions to the blockchain market that would bring competitive advantages to many businesses and their customers. 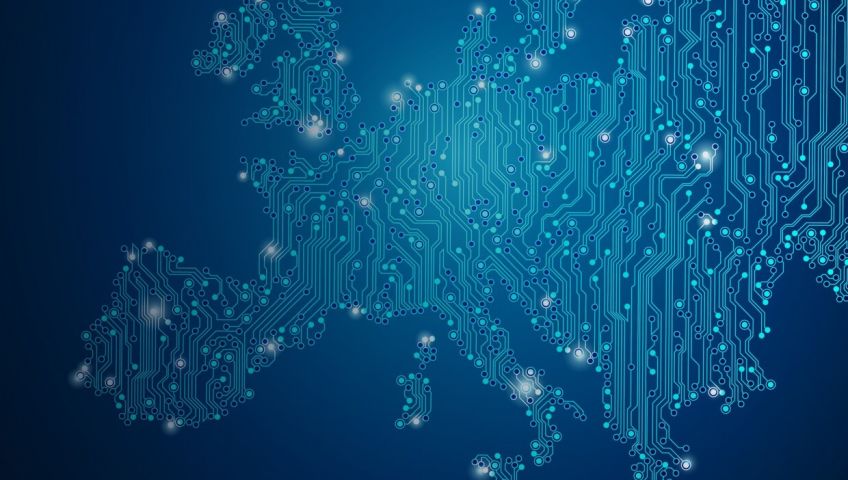