Christian Svensson, Director at N-iX Nordic AB, has been elected to the Board of directors of the Norwegian-Ukrainian Chamber of Commerce (NUCC) - a non-profit, non-governmental organization established by and for Norwegian and Ukrainian companies and supported by the Ministry of Foreign Affairs of Norway.

“N-iX has been a proud member of NUCC since 2011, supporting the Chamber’s mission to stimulate commercial cooperation between Norway and Ukraine. And now we are excited to have Christian Svensson on the Board of directors. He is the best candidate from N-iX to contribute to further enhancement of the Norwegian-Ukrainian cooperation. Also, it’s a great privilege to be the first Ukrainian company to join the Board. We are looking forward to making our further contributions to strengthening the ties between the two countries, helping more companies innovate and implement technology transformations," comments Orest Furhala, Executive Assistant to CEO.

As a Director at N-iX Nordic AB, Christian Svensson has been driving N-iX partnerships with technology businesses from Norway and other countries of the Nordic region for nearly 7 years. Christian has been with N-iX for 13 years holding a range of positions, including a Chief Marketing Officer and a Vice President Business Development at N-iX Sweden, establishing and developing N-iX Nordic branch." 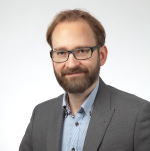 Christian Svensson, Director at N-iX Nordic AB, says:
“I think that NUCC is a great organization with an important function to facilitate and grow business in and between the two countries. Joining the board is a way to both commit to a deeper level of engagement into the organization and also a way to be part of the work and direction that the organization takes."

I believe that my long experience working closely with both Scandinavian and Ukrainian companies will be of use to the NUCC and its members. There are a number of interesting and progressive industries in Ukraine as well as in Norway. My special interest is in the ever-more important IT-sphere, which I believe is, and will remain, an important part of both countries’ future growth and development,” adds Christian Svensson.

IT services have traditionally been one of the most important sectors within Norwegian-Ukrainian trade. And there are many opportunities for increased cooperation. N-iX has built lasting partnerships with numerous companies from the Nordic region. They include:

Other N-iX customers from the Nordic region include StreamServe (a Swedish enterprise software company acquired by OpenText), KTC (a Swedish energy company), Brighter (healthcare), Bitlog (logistics), to name a few.