IT Arena 2014, a large-scale tech conference held in Lviv last autumn, attracted over 100 speakers and 800 attendees from different countries and tech stacks exceeding organizers` expectations. This years event which is expected to be even larger, will take place at Arena-Lviv Stadium on October 2-4.
We interviewed Lviv IT Cluster CEO Stepan Veselovsky, an event organizer, to learn more about IT Arena experience and Cluster`s plans for future. 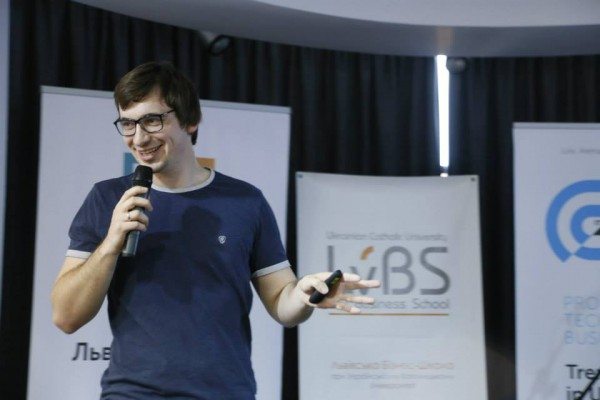 First of all, how did you come to the idea of holding such a large-scale conference in Lviv?

We`ve been working for a long time promoting Lviv as an IT-city, and at some point we realized that there were very few regular IT conferences and none of them was really large.

From the very beginning, our goal was to make an event for over 500 participants and we wouldn’t settle for less.

As a result, the 2014 event was visited by over 800 IT-professionals. We were able to do it because we contacted and united many different local tech communities.
Despite the fact that it is a noncommercial project, there are many people who joined our ambition to hold a top regional IT event in Ukraine in 2014 and they are still with us this year when we are organizing Lviv IT Arena 2015.

What were the difficulties that you faced organizing the event?

Good idea is not enough for successful event organization. The lack of experience and necessary contacts made conference preparation very complicated. Another concern was the difficult situation in the country. This year, the media has become calmer about Ukraine, and we think that it will help us to do our job.
For a three-day conference we need 100 speakers, and gathering these 100 speakers, interviewing them, was also challenging for us. Speakers often refused to go to Ukraine due to security reasons. Some of them even cancelled pre-scheduled visits. The situation turned better this year, and I hope that nothing will change until October.

What is the target audience of Lviv IT Arena?

It is quite difficult to gather a large-scale conference focusing on the needs of one particular group, such as designers or QAs. In any case, this takes much more time than we had, so we went the other way, and for the first year made a very broad conference, which, in fact, covered the entire software development cycle and different stages of business development. We had design, technology, development and testing streams (12 in total), and all this fitted to the overall concept of “how to make business in IT” and “what are current trends in the industry”. 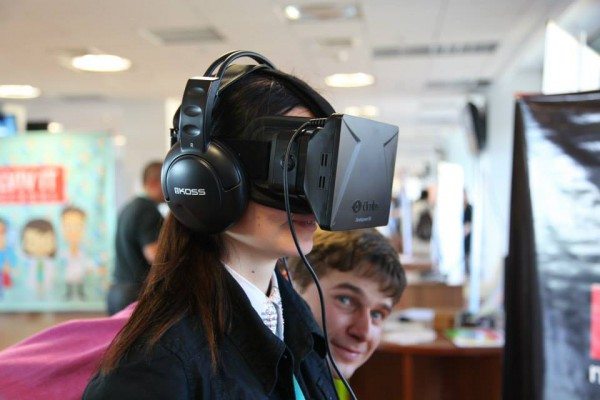 We considered Lviv IT Arena as a local event, based on the fact that Lviv has approximately 15,000 IT professionals likely to attend the conference.

Our communication and PR-campaign was targeted locally, but in the end, it turned out that there were less than 50 percent of IT-guys from Lviv.

Most of our attendees came from Kyiv, Kharkiv, Dnipropetrovsk, Odessa and Zaporizhia.
Of course, such attention to our initiative has a positive impact on the image of Lviv, but we hope that this year our reputable event will be attended by a greater number of visitors from Lviv. 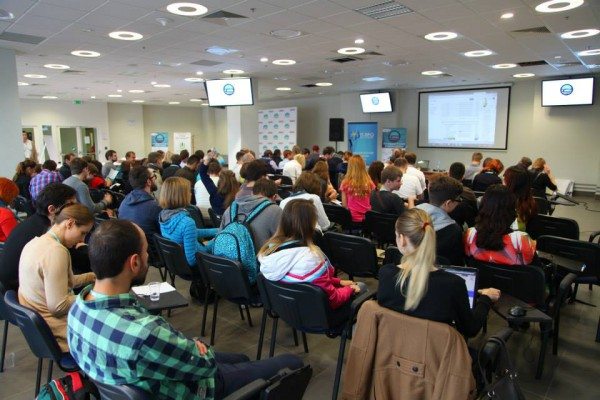 What changes can we expect this year?

We upgraded our conference based on previous experience and participants’ feedback. Last year we had 12 streams, but this year we left only Product, Technology and Business. They have become broader as compared to IT Arena 2014, but it would facilitate the logistics for those who want to attend two streams or more.
Each stream is managed by an industry leader, and this allows us to select the most relevant topics and invite the best keynote speakers. No administrative control is set over the streams content.
For the current year, the main focus of the conference was shifted even more on trends.

We’re trying to look into the future and understand how technology and the entire IT market will evolve in the coming years.

We are going to pay more attention to the cooperation between IT and the government as well as to the influence of various public organizations and IT community on the development of the State.
We expect more than 1,000 participants at IT Arena 2015. The maximum capacity of Lviv-Arena Stadium conference halls is 1,500 people, so we have a bit of space to grow for the next year. 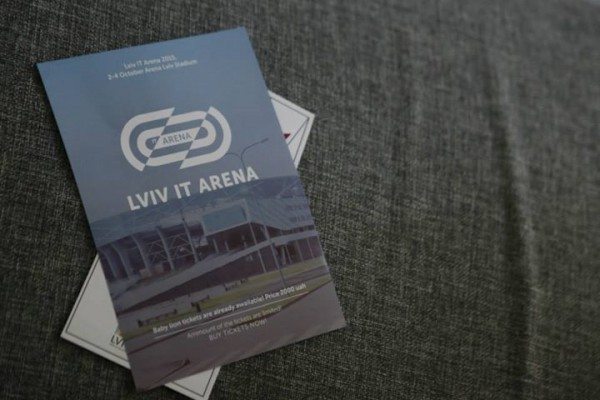 Has Lviv IT Arena influenced the development of IT community in Ukraine?

I would say that it has definitely improved communication between the regions. In Ukraine there is quite strong tech communities in Kyiv, Kharkiv, Dnipropetrovsk, Odessa, and our conference, first of all, has resulted in strengthening communication between them. After the conference we organized Lviv IT Tour – five events in different Ukrainian cities, and this was possible due to the contacts we made at IT-Arena.We like to communicate with people, share our ideas and organize projects together.

Last year, several organizations similar to Lviv IT Cluster emerged in Ukraine, and we think IT Arena was a sort of inspiration for this.

People came here, looked at us and realized that it works. 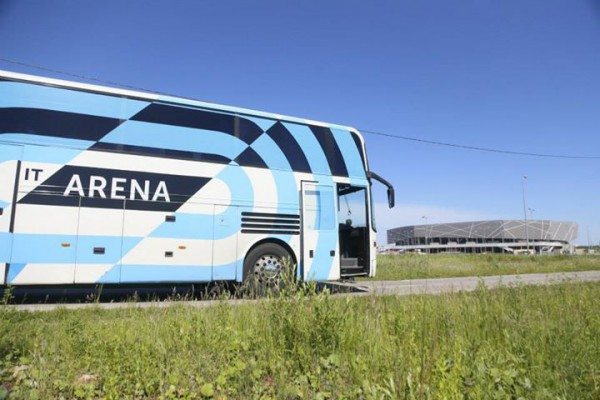 What are Cluster`s plans for the near future, except IT Arena?

This autumn is going to be very busy, because we`re starting to build the IT- House and plan to celebrate the fifth anniversary of Lviv IT Cluster. In addition, this fall we will release another cool project which is called IT-Research. It is the first representative study of Lviv IT-market made together with our partners, which we also plan to scale to other Ukrainian cities.
In conclusion I would like to add that while making any of our projects we try to think for the future, for how this project will look like in a few years. It is important for us not just to host various IT events, but to promote Lviv as a city of information technology.

As for more distant future, we work to make Lviv IT Arena 2020 a stadium-sized event of about 30 000 participants from all the IT. And I am pretty sure that in five years the event of such level will be held in Lviv.

Images are provided by Lviv IT Cluster. 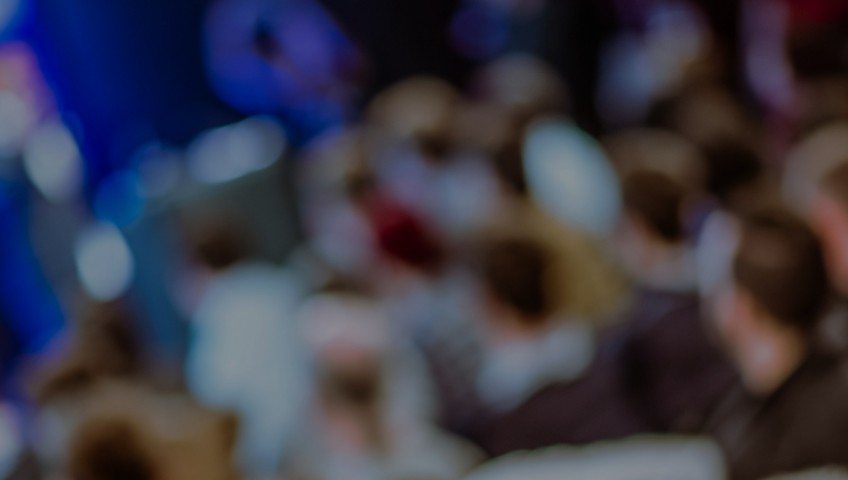