If you&rsquo;re interested in game development, you must have heard of such games as S.T.A.L.K.E.R., Warface, Assassin&rsquo;s Creed, World of Tanks. Did you know that they were all made in Ukraine? In fact, this Eastern European country is one of the world&rsquo;s top IT and outsourcing destination...

If you’re interested in game development, you must have heard of such games as S.T.A.L.K.E.R., Warface, Assassin’s Creed, World of Tanks. Did you know that they were all made in Ukraine? In fact, this Eastern European country is one of the world’s top IT and outsourcing destinations. It is home to more than 192,000 IT professionals who work in over 1,600 software development companies.

A large share of this market belongs to the gaming industry. Recognized for their technical expertise and skills, Ukrainian game developers are much in demand. Successful companies such as Wargaming, Travian Games, Silicon Studio regularly look for video game outsourcing companies in Ukraine. So, we’ve compiled a list of well-known game studios that partner with Ukrainian game development outsourcing companies:

Wargaming Ltd. is an international game development company best known for its free to play MMO game World Of Tanks. In 2013, the revenue of the game hit $372 million and it became one of the most profitable games at the time. It also holds a Guinness World Record in the category of Most Players Online Simultaneously on one MOG Server. Moreover, the company boasts more than 72 million registered players across the globe.

As a part of the game development outsourcing for Wargaming,  N-iX has worked on the release of a distinctive style and emblems for all available tanks named “Touchdown”. Our GameDev specialists have developed custom tank styles, as well as historically accurate camo patterns.

Travian Games is a leading German browser game company with more than 130 million registered players in over 200 countries. The company has won many awards over the years including the Superbrowsergame award for its hit game Travian. It has also released such popular games as Truck Nation, Goalunited, Ballersunited, Rail Nation, United GP, MiraMagia, Remanum. When the company faced the challenge of finding enough talent for expanding its business, they considered outsourcing and eventually, chose to outsource game development to Ukraine.

The company has released more than 45 games, reached over 50 million active monthly users,  and had around 1 billion downloads. Its most celebrated games include the Restaurant Story franchise, Dragon Story, Bubble Mania, and iMobsters.

Storm8 outsourced some of their game development to Room 8 Studio, the Ukrainian company based in Kyiv with a team of about 200 tech professionals.

Blacksnowgames, Inc. develops VR and AR game applications. The company has addressed the Ukrainian game development company to design an augmented reality mobile game in the aerial bio-punk setting.  The main features of the game are AR scenery as well as advanced gameplay.

This Kharkiv-based game development company can help you create gaming experience varying from 3D games to animated elements and characters integrated into your environment. The vendor focuses on desktop and mobile game development.

This game development company, based in France, is a leading entertainment services distributor. Ubisoft has cooperated with a Ukrainian vendor on this game outsource for Sports Party game, which is a sports simulation game. Ukrainian game developers have created 3 out of 6 games: golf (main mode), skateboarding (main and secondary modes), and basketball (secondary mode).

Silicon Studio is a Japanese computer graphics and video game producer that has not only developed successful games but also game engines such as Xenko, OROCHI, and Mizuchi. It is famous for its solutions in 3D computer graphics and, notably, its post-processing visual effects library called YEBIS. The company has created such favored games as 3D Dot Game Heroes on the PlayStation 3, Fantasica on iOS and Android, and a role-playing video game Bravely Default on the Nintendo 3DS.

Silicon Studio has partnerships with a number of companies, including N-iX Game Development and VR Studio, the Ukrainian developers who have collaborated with them on art assets, documentation and testing for the Xenko game engine.

UNIT.City states that there are more than 100 outsource game development companies operating in the Ukrainian gamedev market. What’s more, 75% of them are headquartered in Ukraine, which is perfect evidence for the booming growth of local gaming and game development industries. The industry employs over 20,000 professionals, available for game outsource.

Are you interested in the industry leaders? Check out Game outsource: top 14 providers

Why choose N-iX among other game development outsourcing companies?

Ukrainian game development outsourcing companies have worked with some of the best game production forms from the USA, Europe, and Asia.

Contact our experts to learn more about what N-iX has to offer. 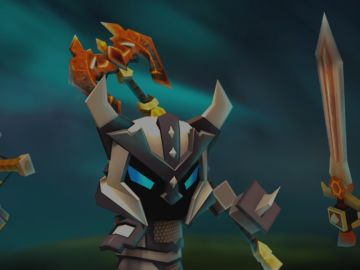