Have you ever played S.T.A.L.K.E.R., Cossacks, or Warface? Did you know that all of them were created by Ukrainian game developers? More than 750 million people across the globe play the games developed by Ukrainians.

According to a recent study into the game development industry in Ukraine, there are more than 100 game development companies in Ukraine, which employ about 20,000 IT specialists. Some of them are leading gaming giants, such as Ubisoft, Wargaming Group, Playtika, Plarium, and Gameloft that have already established their R&D centers in Ukraine.

However, there are also a lot of local game development studios, which have a proven track record of successfully delivered projects to clients around the world. So let’s take a closer look at them.

N-iX Game and VR Studio is a part of N-iX, an established Ukrainian software development company with over 900 software engineers and 16 years’ market presence. The studio specializes in full-cycle game production, VR solution design and development, and art outsourcing services. It comprises over 70 specialists, including game artists, Unity and Unreal developers, game designers, and testers.

Ukrainian game developers at N-iX have experience in different tools and technologies such as Unity, Unreal Engine, Photon, and others. They have developed a complex VR Solution for Training Simulation in American Football (Sports VTS), delivered high-quality game art for Stellaris (Paradox Interactive), worked on ComPet and many other games. Also, they have built dedicated teams of Ukrainian game developers for a number of Wargaming projects.

Zadzen is a Lviv-based gaming company that developed Elements: Epic Heroes, an action role-playing mobile game which was included in the App Store Best of 2014.

Zadzen provides high-quality services including custom game development, game art production, game co-production, and VR/AR development. Among other notable games developed by Zadzen are King of the Mountain, Clash Of Craft, Big One Buckle Up, and Baba’s Birth.

4A Games is a video game development studio from Kyiv founded in 2006 by three developers who departed from GSC Game World. In 2014, 4A Games moved its headquarters to Sliema, Malta. The company is best known for developing the Metro game series, in particular, Metro 2033 and Metro: Last Light, and Metro Redux. Currently, the company consists of more than 100 designers, programmers, artists, sound specialists, and writers from all over the world.

Absolutist is one of the leading game developers and publishers of casual games. The company is located in Dnipro, Ukraine. It has been making casual games since 2000 and it keeps growing each year in terms of production capacity and a number of clients. Currently, over 70 professionals in programming, design, multimedia, and marketing are working at the company. Absolutist specializes in developing games for PC, Mac, and iPhone/iPad, as well as Flash multiplayer online games and social games for popular social networking sites.

JoyRocks is a Ukrainian game development company based in Rivne focused on free-to-play games for web and mobile platforms. Founded in 2011, Jayrocks develops exciting and unique casual games centered around the “Bird’s Town” digital world. Today it has more than 10 million users. In 2013, Forbes Ukraine recognized JayRocks as one of the most successful startups in Ukraine.

Mokus Games is a game development studio based in Lviv, Ukraine, founded by Maxim Hryniv. Mokus Games is most famous for a physics-based puzzle video game Contre Jour, which was named a 2011’s iPad Game of the Year. Now the company is working on a new class RTS game called BOID. Mokus Games works on a mashup of a rhythm game and a real-time strategy game. It is one of the most successful small game development studios in Ukraine.

Murka is a social and mobile gaming development company founded in 2009 in Dnipro, Ukraine. The company has launched several games for players in the social-casino genre, such as S&H Casino, Scatter Slots, Infinity Slots, Slots Era, and many others. All of them are available on Facebook, iTunes App Store, Google Play, Windows, and Amazon. Murka’s team consists of more than 300 employees, and it is now one of the fastest growing companies in the world that specializes in simulated gambling. Almost 5 million people play their games every month on multiple platforms.

Nravo is one of the largest mobile game developers based in Mississauga, Canada with the production center in Lviv, Ukraine. The company has about 100 employees and more than 10 years of experience in game development. Ukrainian game developers at Nravo has created 26 unique games which have over 25 million users worldwide. Among the most successful titles are Viking Kings, Heroes, War: Angels vs Demons, Hero Pop, and Lightomania. Its games are available on social networks, WAP, iOS, Android, Windows Phone, and other platforms.

Pinokl Games is a video game development company located in Rivne, Ukraine. The company focuses on creating multiplatform game applications for mobile and social networks. Among their famous projects are Mecha Titans, Dino Battle, Real Steel, and Party Hard. The latest is considered to be one of Pinokl's most popular games which received "mixed or average" reviews, according to a video game review aggregator Metacritic.

Room8 is a Ukrainian game development studio with a development centre in Kyiv. The company provides full-cycle game development services as well as professional game art from concept to ready-for-release products. Room8 has more than 300 employees and has successfully delivered about 350 projects. They have worked with 80 different partners in 17 countries on such games as Family Guy, Independence Day, Kubo and 2 strings, Walking Dead, and others.

Tatem Games is a leading Ukrainian mobile game developer with 10 years of professional experience. The company was founded in 2009 by several former employees of Action Forms. It currently produces games for iOS, Android, and Windows. The studio is most known for such gaming applications as Racer, RoboSockets, Carnivores: Dinosaur Hunter, Carnivores: Ice Age, Dream Gym, and My Gym: Fitness Studio Manager Game. More than 42 million people have downloaded the apps designed by this Ukrainian game development studio.

Vostok Games is a Ukrainian video game developer founded in 2012 by former employees of GSC Game World based in Kyiv. The company developed Fear the Wolves, a battle royale game released in 2019, and is working on Survarium, a free-to-play shooter game. They use modern technologies and game engines to create world-class games for consoles and PC.

Innovecs is a software development company with a development office in Ukraine. The company has set up its own game development studio that has already successfully developed 50+ games for clients in 15 different countries. Among the most recent gaming projects are Real Horses Bet, High Orbit, Salsa Nights, and Bingo Cruise. Innovecs has more than 450 employees and 6 years of success on the market.

Yarki Studio is one of the leading Ukrainian game development companies that creates animated cartoon series (TV/YouTube) and innovative video games for the mobile and social online market. They provide outsourcing services of art, animation, and sound production. Also, the company has its separate branch Yarki Kids that produces and distributes quality animated programs and games for kids.

As you can see, Ukraine is rich in competent game developers, artists, and designers, who are ready to partner with game publishers from all over the world. Outsourcing game development to Ukraine has a number of proven benefits. In-depth tech expertise of Ukrainian game developers is among the top advantages.

Game development studios in Ukraine have dozens of successful projects in their portfolios: from small mobile apps and gambling titles to high-profile desktop and console games. Ukrainian game developers have a competitive edge on the global game development market and have all chances to become the leaders in game production. 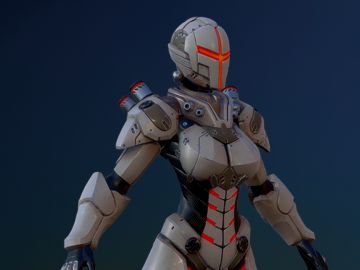 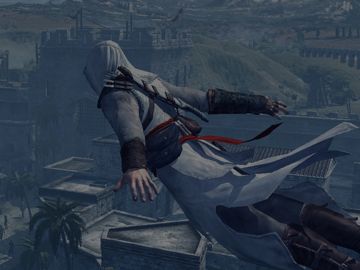 5 global video game companies that have offices in Ukraine
A lot of international IT companies come to Ukraine looking for the most valuable asset in this industry – a skilled workforce. Renowned for its qualified engineers and reasonable development co... 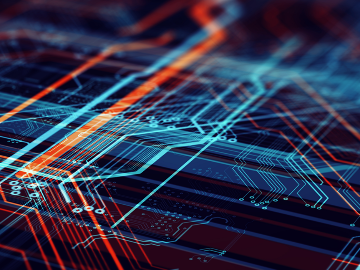 8 Best Unity Game Development Companies
Such games as Cuphead, Hearthstone, Hollow Knight, Ori and the Blind Forest, and Rust are most definitely among the favorites of many gamers. Those are some of the most successful titles built with th... 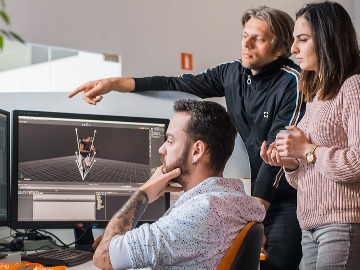 Game Development Outsourcing: How to Choose a Trusted Company
While the benefits of outsourcing are indisputable, especially in these remote times, the outsourcing experience often depends on the right choice of a vendor.  In this article, we want to... 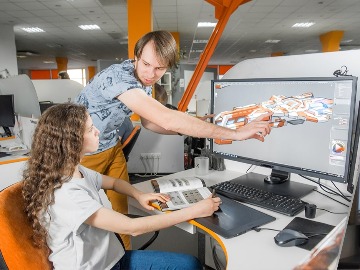 15 Best Game Art Outsourcing Companies
Finding a reliable game art outsourcing company with strong industry experience and portfolio is challenging. To help you shorten the searches, we prepared a list of the top 15 art outsourcing co... 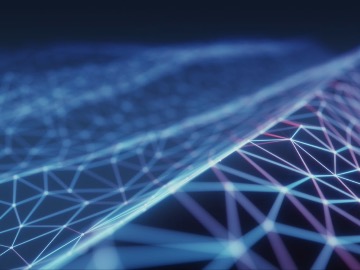 AWS implementation in game development — N-iX Game & VR Studio
This year, N-iX obtained an Advanced Consulting Partner status in the AWS Partner Network, which is the second-highest tier for AWS Consulting Partners, making our company one of only 9 Ukraine-based ...

How to solve top 5 staff augmentation challenges
Staff augmentation is now considered as one of the most effective ways to improve time-to-market, cut costs, and embrace innovation. The Covid-19 crisis has proved that a remote working model is quite... 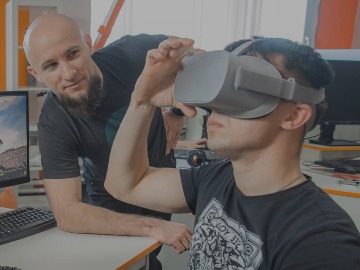 30 VR development companies with strong portfolio
Virtual, augmented, and mixed reality, which we previously associated primarily with the gaming industry, has found its way to business and proved to be useful in many spheres. Survey result...

From healthcare to aviation: how industries embrace Virtual Reality training
Investing in employee training is investing in the company’s success. According to the Association of Training and Development, companies that provide comprehensive employee training have a 24% ...