IT Arena 2022: Come Back Alive and N-iX join forces to promote the support of Ukraine

This year, N-iX has become the main partner of IT Arena – one of Eastern Europe’s largest tech conferences that takes place in Lviv, Ukraine, and gathers tech industry leaders, experts, and all those dedicated to shaping our digital future. As this year, IT Arena is held amid a full-scale russian invasion, the main topic of the event will be how the tech companies can help Ukraine and operate effectively in such turbulent times.

Following on its commitment to support Ukraine and its defenders, N-iX has decided to use its sponsorship to support “Come Back Alive” foundation, the leading Ukrainian charity fund that helps the country’s defenders. The company has handed over its booth at the conference to the foundation to help them promote their charitable projects, build long-lasting collaborations with tech companies presented at the event, and, in the long run, get more financial support for its activities.

“N-iX is actively involved in the communities where we live and work, supporting local charities, events, NGOs, and numerous initiatives. We have been supporting the IT Arena conference since its establishment in 2014, and this year is not an exception.

Despite the ongoing war, Ukraine’s tech sector is growing. The Ukrainian IT industry delivers top-quality solutions while sharing the common goal – support of the Ukrainian economy and the victims of the russian invasion,” comments Sviatoslav Kavetskyi, Head of Industry Affairs at N-iX. 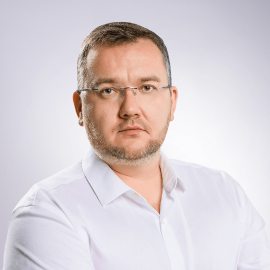 Since day one of the russian attack on Ukraine, N-iX has supported the country and donated more than $1,270,000 to provide financial, humanitarian, and logistical aid for the Ukrainians suffering from the war.

The company has also continuously supported the “Come Back Alive” foundation, the biggest and most trusted charity in Ukraine working for the country’s victory and peace. Just recently, for the 20th anniversary of N-iX, the company organized an online charity event "What's wrong with IT?" to raise money for the Armed Forces of Ukraine. Over $330,000 were collected during 11 hours of the charity stream. The participants donated $153,000, and N-iX doubled the sum to $330,000. All the funds were transferred to the “Come Back Alive” to purchase drones and communication equipment.

Also, N-iX regularly donates money to support the operational activities of the foundation. Over $60,000 have been donated by N-iX to the cause.

Anyone can contribute and help Ukraine by donating to “Come Back Alive”!

IT Arena 2022 takes place in Lviv, Ukraine, during September 30 – October 2. More about the conference.