A lot of international businesses have already benefited from thriving Eastern European tech talent pools leveraging both their profound engineering expertise and moderate prices. Technology companies and enterprises alike partner with IT outsourcing providers in Ukraine, Belarus, Poland, Bulgaria, and other countries to increase their development capabilities and bring new products to market faster. Bulgarian software engineers, in particular, present a stiff competition on the market and are one of the driving forces behind the region’s success. In this article, we reveal 6 compelling benefits that make Bulgarian developers such a valuable asset for businesses around the globe.

Today, Bulgaria enjoys the status of one of the world’s most attractive IT outsourcing destinations, accelerating at the average rate of 17%. Thanks to its well-established traditions in software development as well as stable IT market growth, Bulgaria is able to maintain a stronghold in the international rankings for several years in a row now. Here we have highlighted the key achievements of the Bulgarian IT industry in recent years. 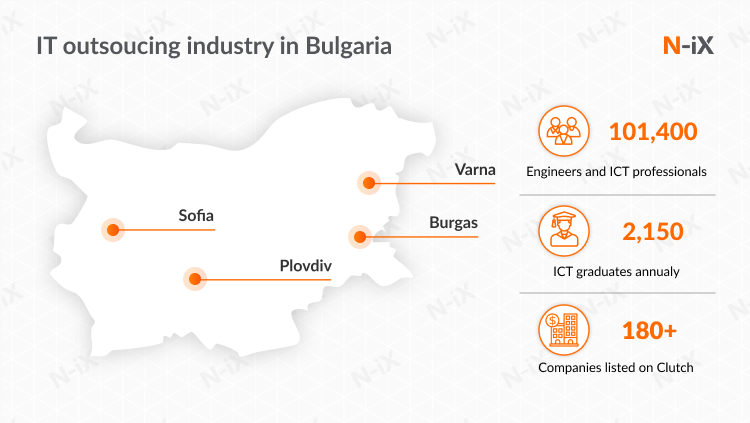 An average Bulgarian software developer is relatively young. 90% of all IT workforce is up to 35 years old with an average job experience of 3-5 years.

The Bulgarian ICT sector currently employs about 100,000 people. And around half of those working in the country’s technology sector are women. Interestingly, Bulgaria ranks 1st in Eastern Europe by the number of women in tech, according to the Eurostat. 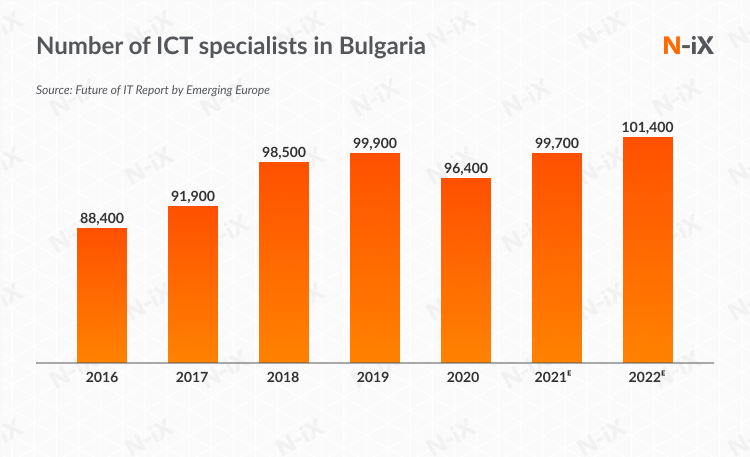 Read more: Everything you need to know about software development in Bulgaria

Bulgarian capital Sofia is the most vibrant IT hub in the country. This is where more than 72% of Bulgarian engineers live and work as of 2017. Among other popular IT locations are cities like Plovdiv, Varna, and Burgas.

Bulgarian IT specialists prove to have hands-on experience and possess necessary industry know-how and practical skills. In the SkillValue ranking, they occupy the 12th place in the world by the level of professional IT skills. And if we analyze the number of certified developers per capita, Bulgaria is ranked 3rd in the world, according to Cisco.

According to HackerRank, which classified countries with the best IT engineers, Bulgarian developers rank 2nd and 3rd with the most experienced Java and Python developers. They are experts in both back-end and front-end technologies. According to the research by Sofia’s Software University Co-Founder Svetlin Nakov, C#, Java, and JavaScript are the most popular programming languages among developers in Bulgaria.

Apart from highly qualified software developers, Bulgaria also delivers first-class BPO services like customer care, human resources, accounting, data mining, and more. In 2016, Bulgaria came in 2nd in Europe and ranked 7th globally among the most attractive BPO emerging destinations on the Business Process Outsourcing and Shared Service Location Index. Since then, the country has continued developing its BPO expertise and now it boasts the most skilled BPO specialists in Eastern Europe.

The Bulgarian government puts a particular emphasis on training young people for the career as a software developer. This includes solid technical education as well as foreign languages proficiency.

There are about 51 universities across the country, and 38 of them offer majors related to the IT industry. In 2020, the country saw almost 2,200 university and college graduates, and many of them became a part of the IT outsourcing industry.

What concerns foreign language education, more than 66% of the students study English or German. About 60% of the working-age population aged 25-64 speaks fluently at least one foreign language. According to the 2021 EF English Proficiency Index, Bulgaria ranks #23 among 112 world countries.

The IT industry in Bulgaria is growing faster than the country’s economy. In 2020, the ICT sector accounted for 2.76% of the country’s GDP and reached over  €1.7B.

The Bulgarian IT sector has been showing positive dynamics since 2013. And in the upcoming years, it’s not going to lose its steam. Therefore, outsourcing to Bulgaria seems to be an attractive idea for companies that want to keep up with innovations and want to hire skillful Bulgarian engineers.

According to the BOA 2018 Annual Industry Report, more than 51% of the surveyed tech companies work as BPO vendors, while the rest 49% focus mainly on ITO services. Compared to last year’s industry report, Bulgaria now boasts 88 more software outsourcing companies. And by all experts’ projections, their number will only increase in 2019.

If we analyze the distribution of companies by ownership, 52.4% (250) of all the IT companies in Bulgaria have Bulgarian owners, according to the country’s Commercial register. The remaining 227 vendors have foreign shareholders from 47 different countries. More than half of all foreign-owned Bulgarian IT companies have stakeholders from the UK, USA, Netherlands, and Germany.

This year, N-iX has joined the growing Bulgarian IT community by opening its office in Sofia. Both Ukraine and Bulgaria are among the top destinations for IT outsourcing in Eastern Europe. We are happy to be a part of the Bulgarian tech ecosystem and contribute to attracting more foreign investments to the region.

Thanks to its vast talent pool, well-established education, and a wide range of IT companies, Bulgaria has enjoyed huge success in recent years. It has come a long way towards becoming a powerful IT outsourcing country in Eastern Europe. It’s true, the country’s economy still needs reform and innovation, but thanks to its booming IT sector, it has opened up a myriad of opportunities.

Now that you are abreast of the IT dynamics in Bulgaria, you can make informed decisions about outsourcing software development to Bulgarian developers. In case you have questions about hiring qualified developers in Bulgaria, don’t hesitate to get in touch with our experts. 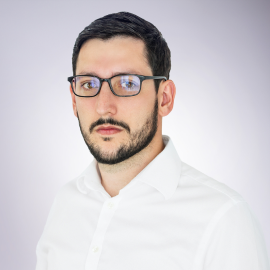 N-iX is a trustworthy IT outsourcing vendor that drives business value [...]

03 June 2022
Everything you need to know about software development in Bulgaria
Have you ever considered software development outsourcing to Bulgaria? This country has been on the radar for more than a decade, becoming a reliable partner or a delivery center for companies like IB...

20 May 2022
Top 15 IT companies in Bulgaria: find your perfect engineering partner
The global talent shortage has changed the way we handle business. Enterprise owners from North America and Western Europe struggle to fill in the talent gaps with the local workforce. That is why the...