Ukraine has a well-established reputation as one of the leading IT outsourcing destinations in Eastern Europe. According to Colliers International, the country is 4th globally by the number of IT specialists. What&rsquo;s more, PwC ranked Ukraine 5th among Top 25 IT services exporters, and Gartner i...

20 facts about best IT outsourcing destinations in Ukraine [Infographic]

Ukraine has a well-established reputation as one of the leading IT outsourcing destinations in Eastern Europe. According to Colliers International, the country is 4th globally by the number of IT specialists. What’s more, PwC ranked Ukraine 5th among Top 25 IT services exporters, and Gartner included it in top 10 emerging-market locations for offshore services. Thanks to the abundance of highly-qualified developers, moderate prices, rapidly developing business and IT infrastructure, the country attracts numerous global companies looking for a software development partner.

Around 86% of the country’s IT resources  are focused in top 5 cities – Kyiv, Kharkiv, Lviv, Dnipro, and Odesa. These large software development hubs are constantly enhancing their local IT ecosystem. Our analysis presents a list of facts and statistics about major IT outsourcing destinations in Ukraine.

Kyiv – the Ukrainian IT outsourcing capital

Lviv – the most attractive IT outsourcing destination in Ukraine

Kharkiv – IT destination in the Northeast of Ukraine

Dnipro – a growing IT outsourcing destination

To sum up, Ukraine occupies a well-deserved place among Top 25 IT services exporters and Top 50 Most Innovative Countries. It remains one of the leaders on the European software outsourcing market. IT outsourcing destinations such as Kyiv, Lviv, Kharkiv, Dnipro and Odesa make a substantial contribution to the constant growth and development of country’s IT sector. They house a large number of IT companies providing a wide range of software development services and deep expertise in various domains. That is why more and more businesses cooperate with software development companies based in Ukraine.

Top IT outsourcing destinations of Eastern Europe: Market report
Tech talent is the new oil. According to the KPMG survey, the global shortage of technology skills is soaring. There are more than 200,000 open jobs for software engineers in the United States only. A...

Kyiv & Lviv IT companies : how to find the best partner in Ukraine?
Global IT outsourcing market is thriving, and choosing the right software development destination is a complicated process. If you are considering Ukraine, this article will help you learn more about ... 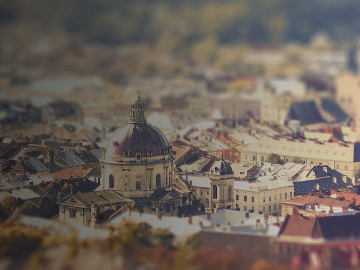 Why Lviv is the most attractive IT outsourcing destination in Ukraine
Recently Global Sourcing Association named Ukraine “Offshoring Destination of the Year” thanks to its abundant IT talent pool and positive IT market growth dynamics. The country’s IT... 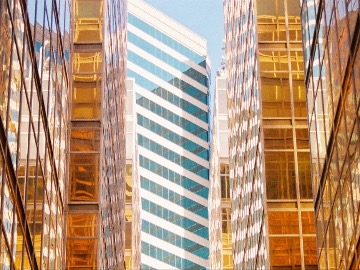