Today&rsquo;s article about VR is written by N-iX VR R&amp;D Engineer Semen Frish, who developed his first game for ZX Spectrum console when he was only 12. He is one of the first Ukrainian flash developers, developing games since 2005 as well as keynote speaker and host of UAFPUG, speaker on FlashG...

What is Virtual Reality?

Today’s article about VR is written by N-iX VR R&D Engineer Semen Frish, who developed his first game for ZX Spectrum console when he was only 12. He is one of the first Ukrainian flash developers, developing games since 2005 as well as keynote speaker and host of UAFPUG, speaker on FlashGAMM, Lviv GameDev and GameMixer conferences, and Gamasutra contributor.

Semen has been waiting for Virtual Reality era to come since 1997, and now it seems like it’s time for Virtual and Augmented Reality to take leading positions. This article was born from Semen’s recent experiments with Oculus Dev Kit and SDK with Unity and Unreal Engine.

Virtual reality can be considered emerging technology, and for sure, that’s a trendy topic. Here is a short guide on how to jump in or at least to be up to date with VR.

You can’t be told what Virtual Reality is, You have to see it with Your own eyes (c) The Matrix. Everything about VR is in beta now, so it looks like You need to be a developer or at least an enthusiast to watch it. 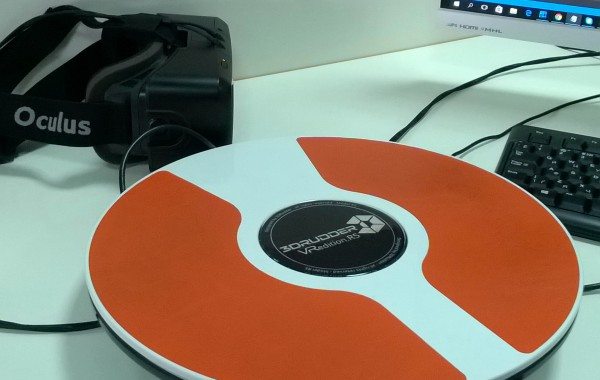 First You’ll need special hardware like Oculus Development Kit 2 or Consumer Version. The kits are sold out and release version is available for preorders with shipping in July. We’ve bought our Oculus DK2 at online auction and they are available easily on Amazon. 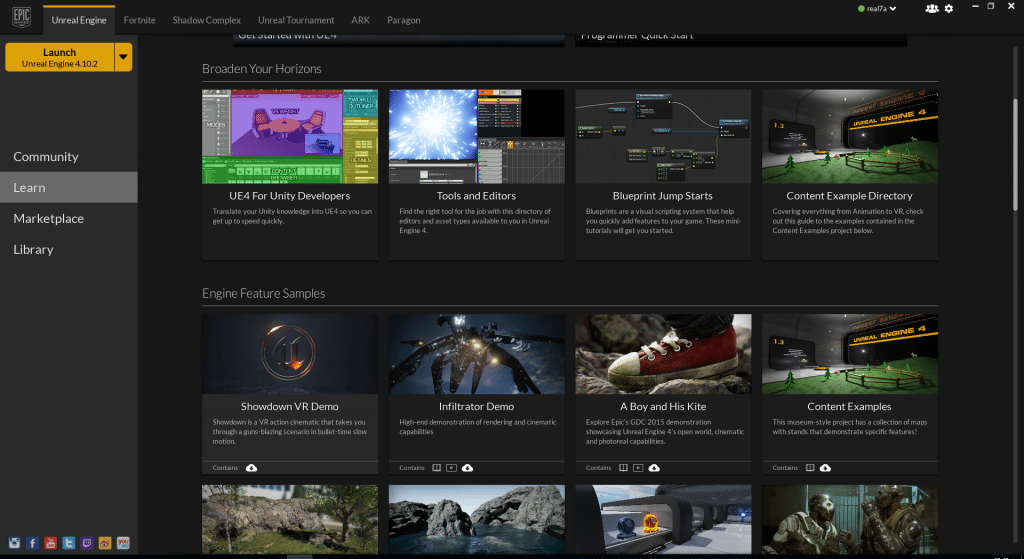 Now as You get a hardware, You need a demo and You’ll have to build it for Yourself at least You haven’t found pre-build one. Build a VR demo is quite easy for any tech person, I guess. Just get Unreal Engine, go to Epic’s Launcher Learn section, get Showdown VR Demo, make project, build and run it.

I’ve been waiting for Virtual Reality to come since VX-1 Helmet and Descent 2 game launch in 1997. There were a lot of tech demos and games but this one looks the best so far. It’s amazing, impressive and there is the proper word for it: immersive.

It may sound surprising, but it’s not the first attempt of Virtual Reality to come up as I mentioned above. There were games for different helmets that are now called headsets, military and medical simulators, VRML, Second Life and so on. We could wait for ages more, but John Carmack teamed up with Palmer Luckey and made VR revolution happen. As far as I know, Carmack talked only for 20 minutes to Mark Zukerberg and Oculus company was acquired by Facebook for nearly two $Billions. And then my favourite part of business competition started. Sony with Project Morpheus, now titled Playstation VR, realized that they are not alone and speeded up. Major players like Steam and HTC jumped into the train. As a result, recently I found a long list of headsets in Futermark’s VRMark hardware list. Tecrunch writes Breaking Down Billion-Dollar AR/VR Investment In The Last 12 Months and different sources predict that VR industry will grow for 20, 30 or more $Billions by 2020. Finally now it’s the time for immersive technologies.

From the one hand, VR is nothing more than stereoscopic rendering: two different pictures for each eye, and Google with it’s Cardboard implemented this statement. We’ve tested it and it’s working, but thanks to Wired for pointing at: Stop Calling Google Cardboard’s 360-Degree Videos VR it’s only the beginning. Just yesterday, I’ve read that Google started entering the next VR stage.

From the other hand, VR means 2x load for hardware that runs Your Call of Duty, Battlefield or Crysis that are computing power consuming. It’s means new type of gaze interface that differs from touch screen input as much as touch screen differs from mouse and keyboard. So the use of VR technology leads to the new controllers, gameplays and storytelling to emerge. Positioning in space with markers or pattern recognition and camera tracking make the whole picture even richer.

For those readers who want deeper insight into VR, there is much more theoretical info available on Oculus, Unity3D and Unreal Engine: VR and developers docs pages.

Oculus Gear VR on Samsung Galaxy and Google Cardboard for Android and iOS are already released on Mobile market and major players on PC and Console markets are on the way to launch their hardware very soon. In a couple of months: Oculus CV1, Playstation VR and Steam/HTC Vive will go live.

Unity3D, UnrealEngine with help of Oculus, provide very good support for Oculus headset and Unity works smoothly with Cardboard. I’ve already checked it and I am about to share my test results and impressions in the next article. I also hope to get and test Playstation VR Dev Kit as soon as possible. CryEngine is looking cool too according to demos and I’m pretty sure that a lot of players are in or on their way. 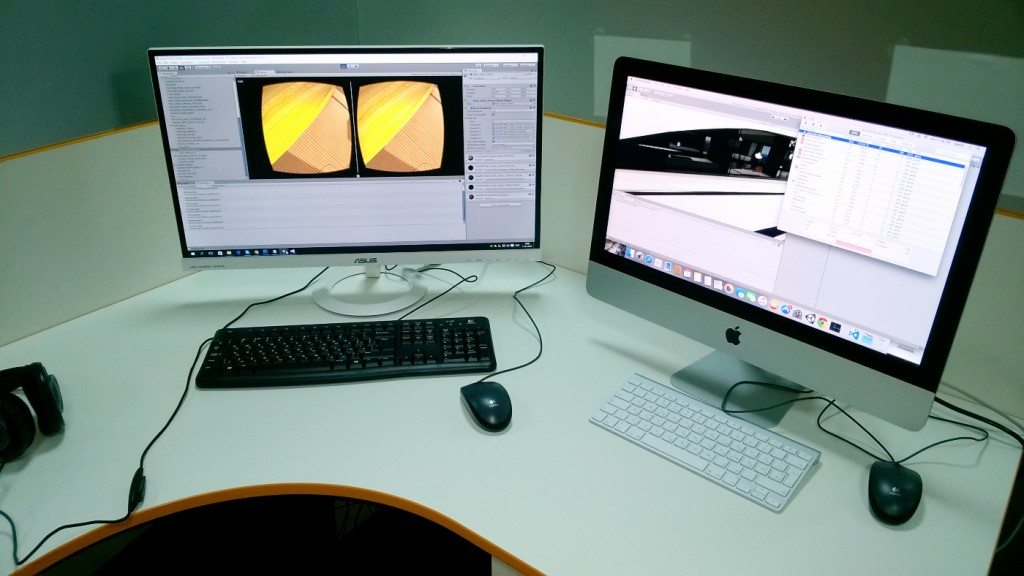 A lot of demos that doesn’t require any programming skills can be found on Oculus Share and on Steam where they are mostly free. I’d recommend

Most VR games are on beta stage now. There are about 100 games in development according to Oculus and Sony and for now there is nearly nothing to play or at least play stable on DK2 and Windows 10. Let’s mention the only popular game I Expect You to Die by Jesse Schell the author of the legendary book The Art of Game Design: A book of lenses. You can read more about his game on Gamasutra Making Great VR: Six Lessons Learned From I Expect You To Die.

That’s it for VR overview and I’m going to be back with more tech stuff and practical info about Cardboard vs Oculus and Unity vs Unreal Engine for developers in our upcoming Virtual Yacht Demo.

Play more, have an amazing day! 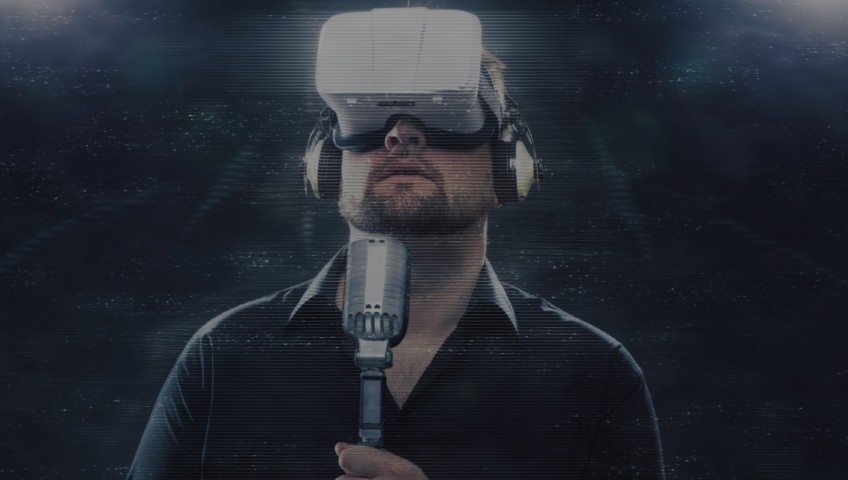 13 February 2019
From healthcare to aviation: how industries embrace Virtual Reality training
Investing in employee training is investing in the company’s success. According to the Association of Training and Development, companies that provide comprehensive employee training have a 24% ...

11 December 2017
6 ways to empower the enterprise with virtual reality solutions
The global augmented and virtual reality market is expected to reach USD 151 Billion by 2022 at a CAGR of 70.41% during the forecast period. Modern AR and VR applications extend far beyond per...

07 September 2016
5 tips on how to hire qualified Virtual Reality developers
Using virtual reality in your business is one of the wisest decisions to take at this time. This technology meets the needs of the changing world. By 2020 the virtual reality market is forecast to rea...