Nuts and bolts of Ethereum smart contract development for businesses

Are you ready to delegate making your business and legal agreements to smart contracts? You probably do, but may have some concerns regarding it. Is it safe, feasible, and effective?

What is a smart contract ?

A smart contract is a digital analogy of a traditional legal contract. In simple terms, it is a computer program that automatically enforces the terms of a multiparty agreement. If the conditions are not met, the contract gets revoked and the asset exchange is thwarted. A smart contract has a few advantages over a typical one.

First, it is executed automatically, and once you wrote and tested a smart contract, you may run it as many times as you need.

Second, a smart contract is stored inside a blockchain, and thus – it is distributed across all participants of an agreement, and can’t be changed. As a result, all the rules are transparent for all the members of a transaction, and it is impossible to fool the system.

Third, you don’t need a third party to guarantee a transaction. The smart code does the job. 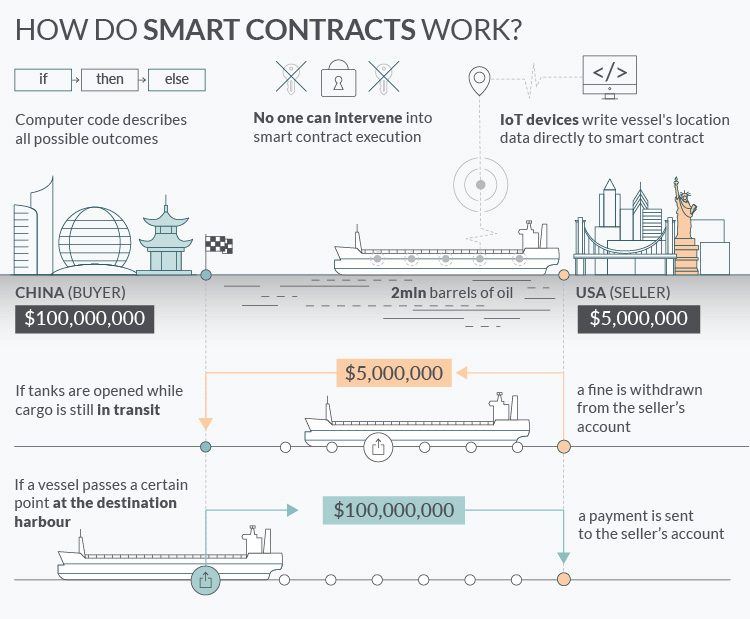 What are the features of Ethereum smart contract development?

Does your business case call for smart contract development?

Smart contracts can be used across many industries, for instance – in insurance (AXA Fizzy), crowdfunding (for example, WeiFund app), IoT, real estate, banking, international trade, and many more. The technology will eventually come in place of notaries, lawyers, and legal advisors. 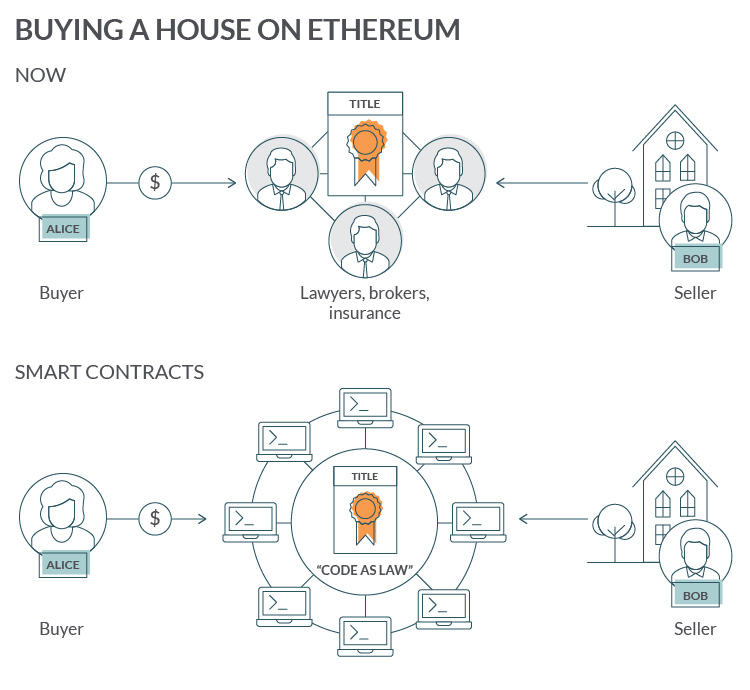 Thus, various businesses will have to adjust to smart contract development. Or, become the laggards.

At present, smart contract compliance is based on solid code and internal trust.

However, regulation and legal compliance still remain some of the hottest topics in smart contract development. As a result, the 14 law firms and academic institutions will start an alliance with some of the world’s market players including some of those listed below.(chart) At present, there are over 150 joinees of the collaboration group. 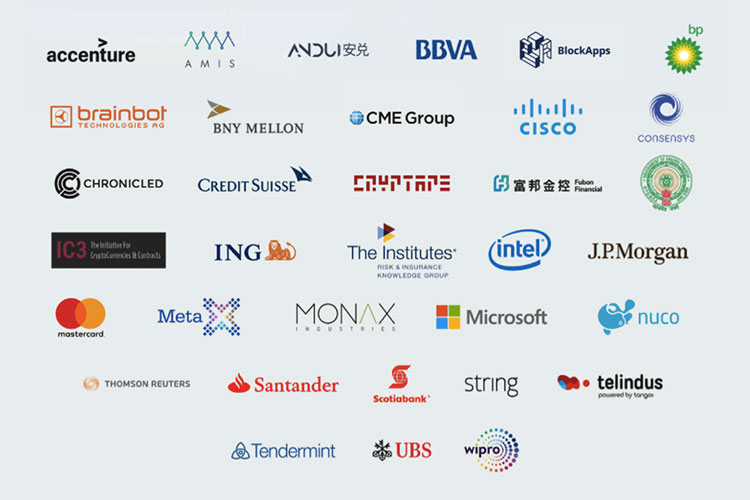 How to build smart contracts with Ethereum?

First. You need to set up Ethereum blockchain development environment

To do this, you can go in two different ways:

Second. Writing automated unit tests is a crucial part of the process.

During and after your contract is built, testing is an essential part of the process to make sure that there are no defects. As soon as it is deployed and stored in the blockchain, it can’t be changed or revoked. In fact, researchers from Singapore and the UK revealed that there are 34,200 smart contracts that are vulnerable to hacker attacks as they were not tested well enough.

To write smart contracts, you need to have a Solidity developer. The developer writes a computer program that is automatically executed when specific conditions are met. Here is a picture to illustrate this:

However, there are also some challenges associated with Ethereum smart contract development.

Scaling networks and deploying blockchain applications is a major hurdle in enterprise blockchain adoption. Another complex task is to find qualified Solidity developers.