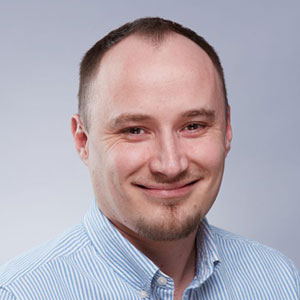 On par with software development, game dev is one of a few industries that managed to restore the full capacity of service provision during the war and can now support Ukraine’s economy with all its might. Experts believe that in the near future, the game industry will become a major contributor to the rebuilding of Ukraine and subsequent GDP growth.

In this light, let’s take a closer look at the general map of the gaming industry in Ukraine, its condition during lockdown times, and how it got on its feet during the war.

As of 2021, the gaming industry was one of the fastest-growing in Ukraine. Over the last decade, the number of game development companies has grown from 20 to over 100, with the number of specialists above 20.000. The total audience of game products developed in Ukraine is about 800 million users.

Recently, DOU, a leading site for software developers, presented a list of the top 30 game development companies in Ukraine. These companies employ a total of 10 308 specialists, including 7,973 technical specialists (77.35%), a considerable number of whom are middle or senior-level professionals. Judging by the results of the survey conducted by Skillers, a recruitment agency, the approximate proportions of middle and senior specialists across the industry are 41% and 26% respectively. Though this information varies heavily across companies (e.g. N-iX Game & VR Studio has 42% Middle-level and 29% senior-level specialists).

The majority of the survey’s responders (43%) work as Artists. In fact, a high concentration of experienced artists makes Ukraine a popular art outsourcing destination for many AAA-level companies, including CD Project Red, Activision, CI Games, Paradox Interactive, Capcom, Deep Silver, Supermassive Games, and so many more. Other survey responders work as Game Designers (15%), Managers/Executives (7%), and QA Engineers (6%). Game Programmers make up the remaining 15%, which actually looks like rookie numbers compared to a large pool of Unity and Unreal Engine specialists and the fact that Ukraine ranks first worldwide in the number of C++ developers (as of 2019).

According to the above-mentioned survey, 67% of Ukrainian game dev specialists are employed by product companies, while the other 29% work in services-providing companies for customers from abroad, and 4% work as freelancers.

Based on DOU’s data about the top 30 companies, around half (47.83%) of game development in Ukraine is concentrated in the capital – Kyiv, where 22 of the total 46 offices are located. Next goes Kharkiv with seven offices (15%) and then Lviv – with six offices (13%). The remaining hubs are located in Odesa, Dnipro, Rivne, and Vinnytsia.

It is also worth mentioning that there is a vibrant tech community and solid IT cluster in every major city. Ukraine’s game developers regularly host some of the largest tech events in Eastern Europe, where tech specialists, companies, and educational institutions gather in a single, productive environment.

Influence of COVID-19 on Game Development in Ukraine

The pandemic has had an extremely adverse impact on the world economy. Yet, for some industries, including game development, the global lockdown was in some ways beneficial.

The worldwide quarantine, less commute, and more free time sound like favorable conditions for video gaming. Almost immediately after the governments of European countries announced the beginning of quarantine in March, major gaming studios launched the hashtag #PlayApartTogether on social media, the essence of which was as follows: games can help curb the spread of COVID-19. This initiative was supported by the World Health Organization (WHO), whose statements attracted the world’s attention back then. This combination of factors has multiplied the sales in the game dev industry, both increasing developers’ revenues and causing the growth in orders and demand for outsourcing services. For a number of Ukrainian game companies, things went even better than before the quarantine. Only in April 2020, the number of game development vacancies have increased by 11%.

Although the steep and forced shift toward remote work initially led to a number of postponed projects and budget cuts, in April about 98% of Ukrainian IT professionals successfully started working from home. Exceptions were technical specialists who ensure the operation of companies’ infrastructure.

At the end of 2021, DOU interviewed the representatives of game companies to sum up the industry’s performance. Most of the companies considerably grew in size over this year, from a 40% talent growth to a phenomenal 166%.

The lockdown has shown that the office presence was not as important as it seemed. The productivity of remote work was on a par with the office. The only challenge that most responders highlighted was the lack of offline events and teambuilding activities.

In fact, despite the challenges that COVID-19 brought to the whole world, it actually helped Ukraine prepare for the war.

Even before the war, most of the Ukrainian companies, including N-iX, were actively working on business continuity plans due to the rising thread near russian/belorussian borders. As soon as the invasion started, N-iX took measures to evacuate our team members and their families from danger zones. Before the war, 1,100 of our 1,695 specialists worked in western Ukraine. In the first weeks of the full-scale invasion, another 405 colleagues moved to safer areas and 190 moved abroad, mostly in Poland, where N-iX has an office. Many companies follow the same approach relocating their employees to Lviv, Rivne, Ternopil, and Ivano-Frankivsk (safer western regions) or to neighboring countries, such as Poland, Romania, Moldova, Czech Republic, etc.

As of the end of March, the research shows that nearly 60% of Ukrainian IT specialists relocated to safer regions. Similarly, based on the locations of game dev companies’ offices, we can assume that roughly 60-70% of Ukrainian specialists had to relocate from danger zones (from Kyiv, Kharkiv, Odesa, Dnipro).

Thousands of the employees were forced to switch toward remote or hybrid work due to relocation. This would definitely be a major issue unless COVID-19 prepared us for remote working conditions long ago. Combined with a successful implementation of BCPs, these two years of experience operating large remote teams allowed game dev to become one of the few industries that have promptly resumed full-fledged work. As for N-iX, we managed to maintain over 85% of service delivery in the first week of the war (when people were still moving and settling), and surpass 90-95% of service delivery levels in the next weeks.

The Ukrainian game dev industry not only continues to operate effectively during the war but also provides valuable revenue to the state. A number of game dev companies, including N-iX, supported the Tax Pay Forward initiative (paying taxes in advance), and many specialists decided not to pay the reduced tax proposed by the government. More than that, the game development industry is one of the major contributors on the donations front, both on corporate and individual levels. According to DOU’s survey, more than 91% of responders actively help the country by transferring money to the army and volunteers.

As for the clients, today we notice an understandable caution with which new customers enter the Ukrainian game development market, even though this caution fades over time along with the invaders on our land. And there is quite an opposite flow of clients that wish to cooperate specifically with Ukrainian companies and developers and in such a manner express their support. After all, the best kind of help that foreign companies can now give to Ukraine’s IT and game development industries is more workload.

Similarly, we notice and appreciate the unswerving loyalty of our current clients and their support for Ukraine. Seeing our resolve to work for the future of our country, some of our partners have increased the scope of our involvement in their projects, and we are actively expanding our team.

Though it’s too early to predict how the game dev industry will come out of this tough period for our country, its current state indicates that the role of game development in Ukraine’s economy will only grow. Even under the circumstance of recent years, the game industry, on par with software development, remained one of the key players on the market, forming Ukraine’s image as one of Europe’s most promising tech hubs.