Squad Rivals is an engaging mobile game by BroadbandTV Corporation developed in cooperation with N-iX Game and VR Studio. The game features hundreds of characters, including famous YouTubers and streamers, distinctive pixel art, and rich gameplay. N-iX team has been responsible for full-cycle game development from game design and prototyping to art production and game release. 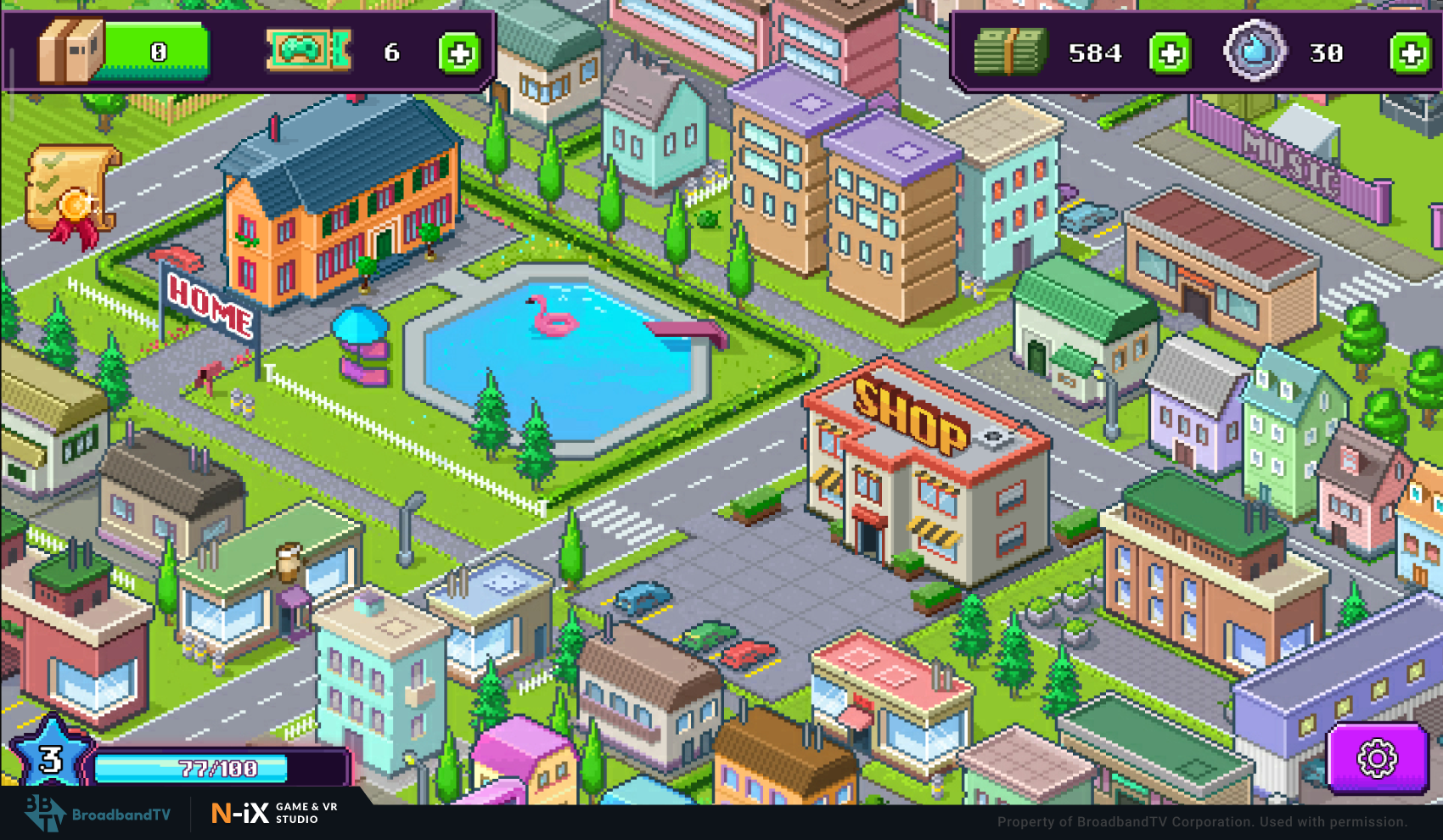 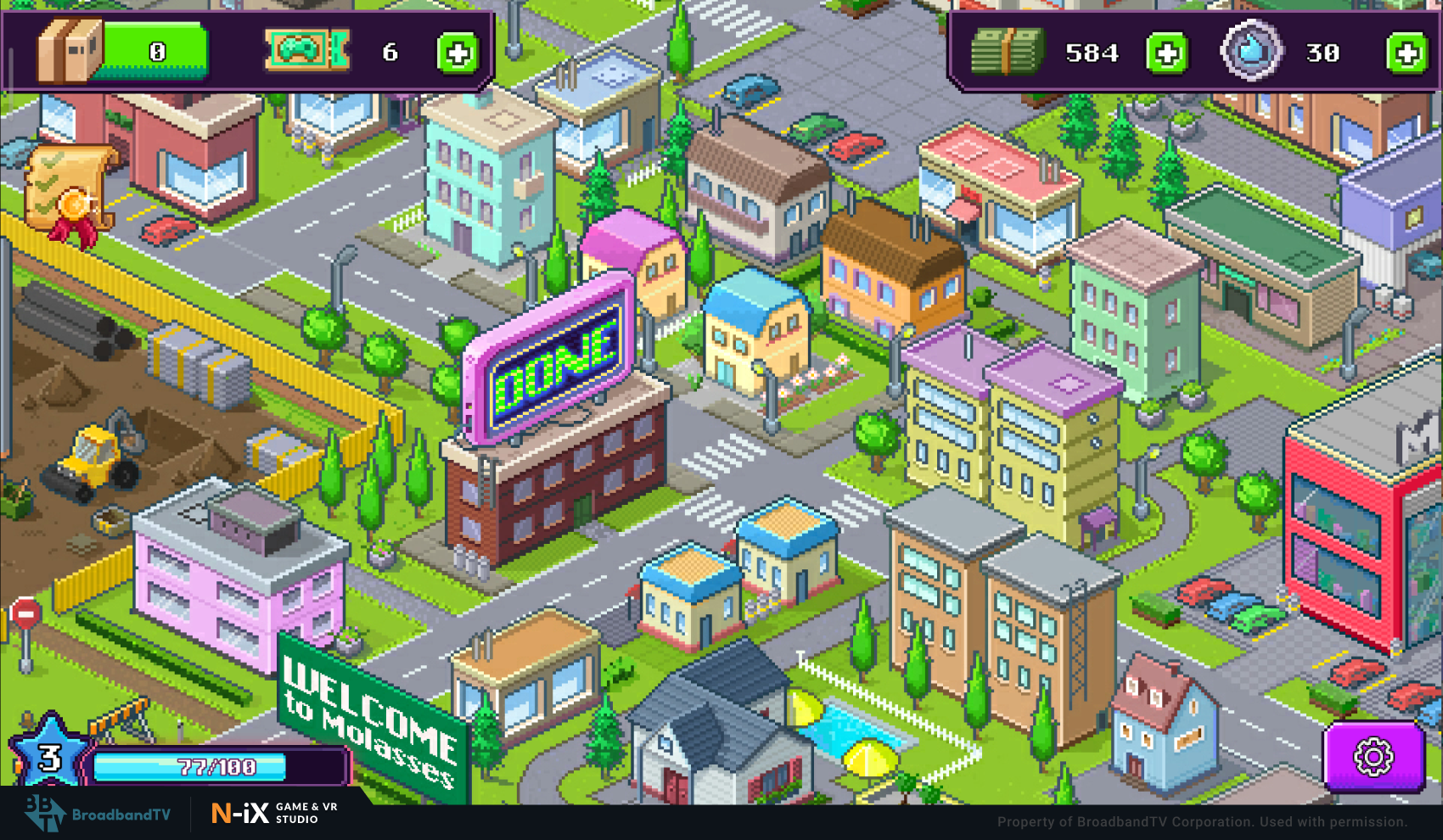 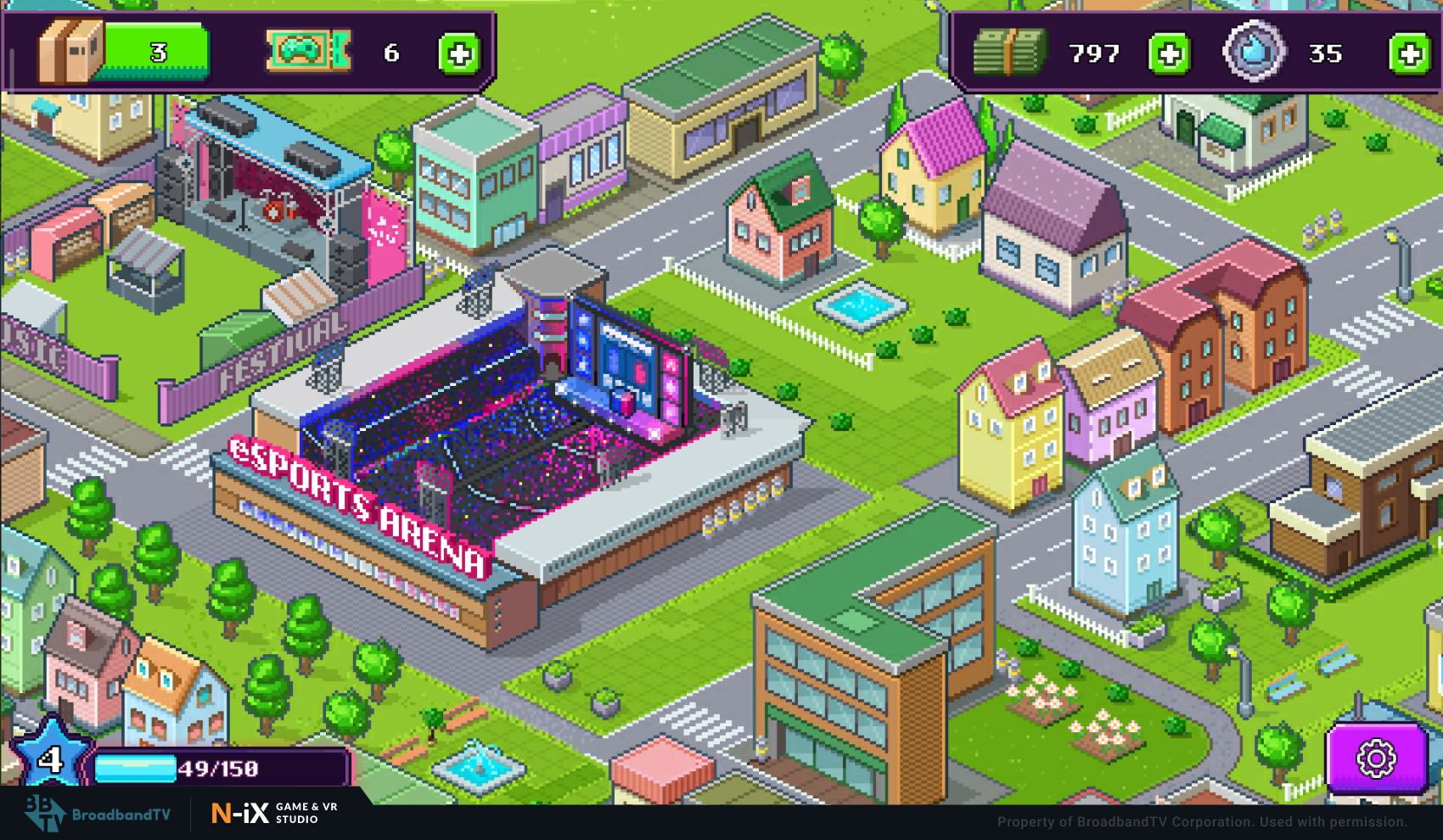 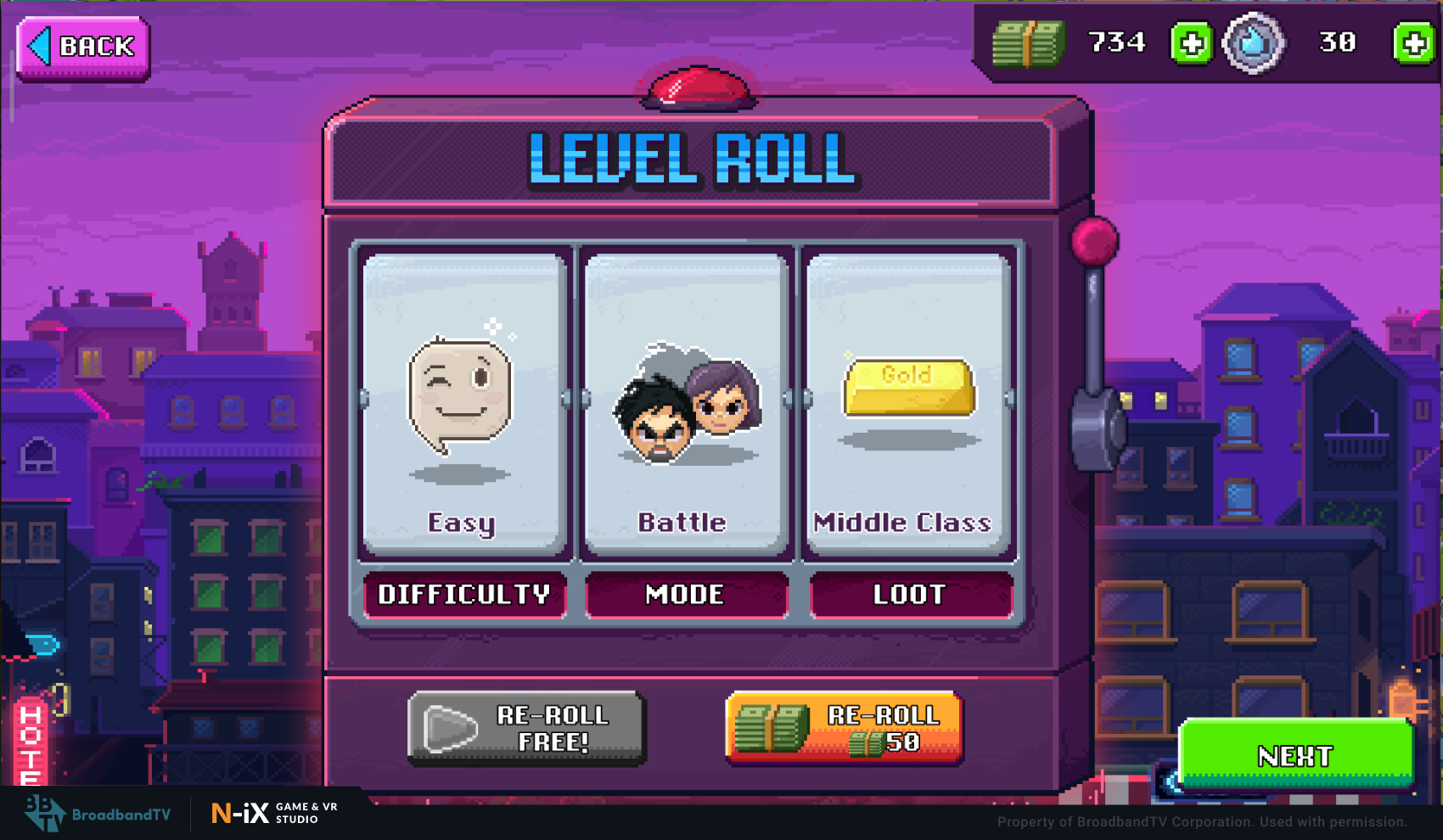 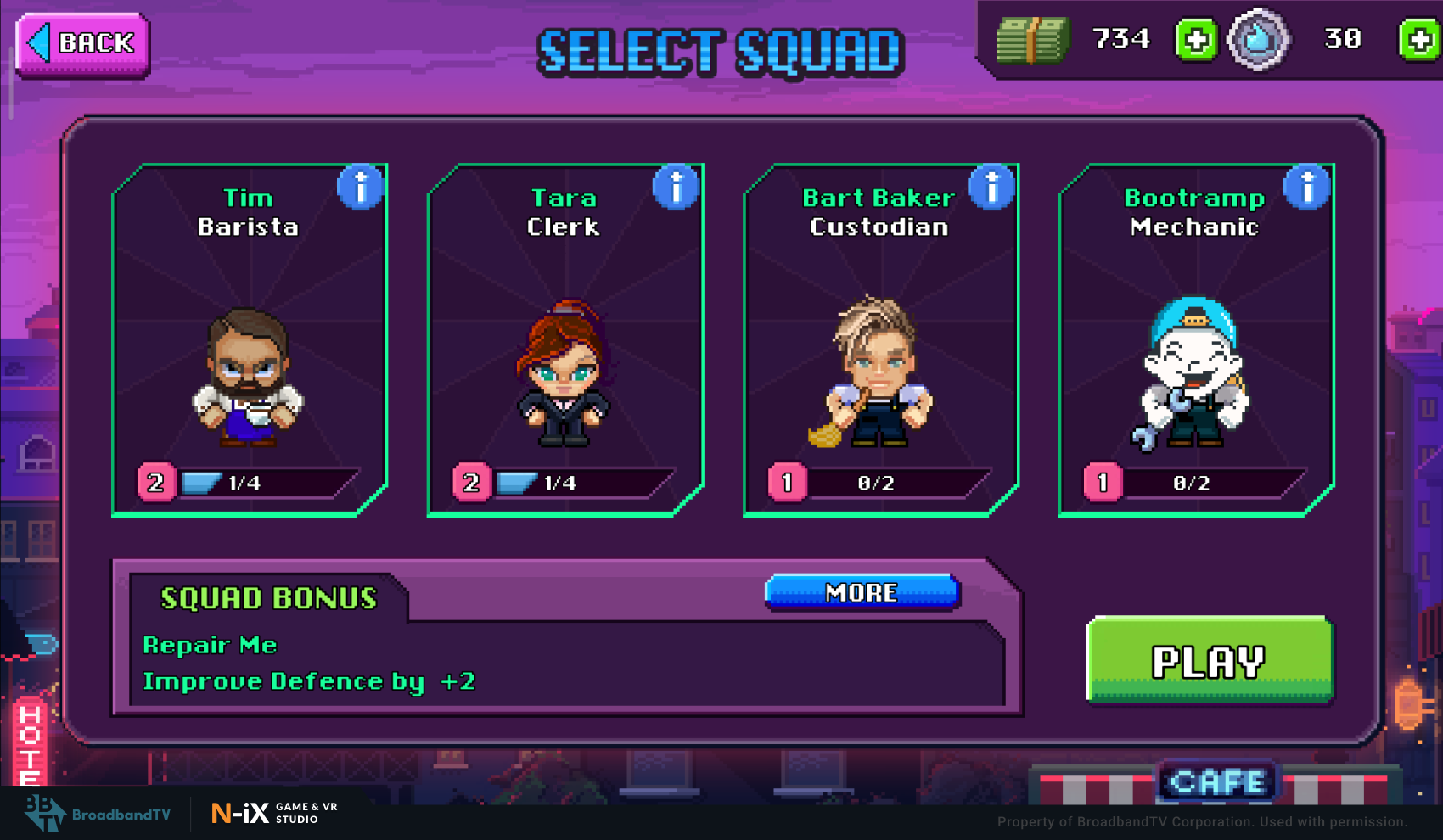 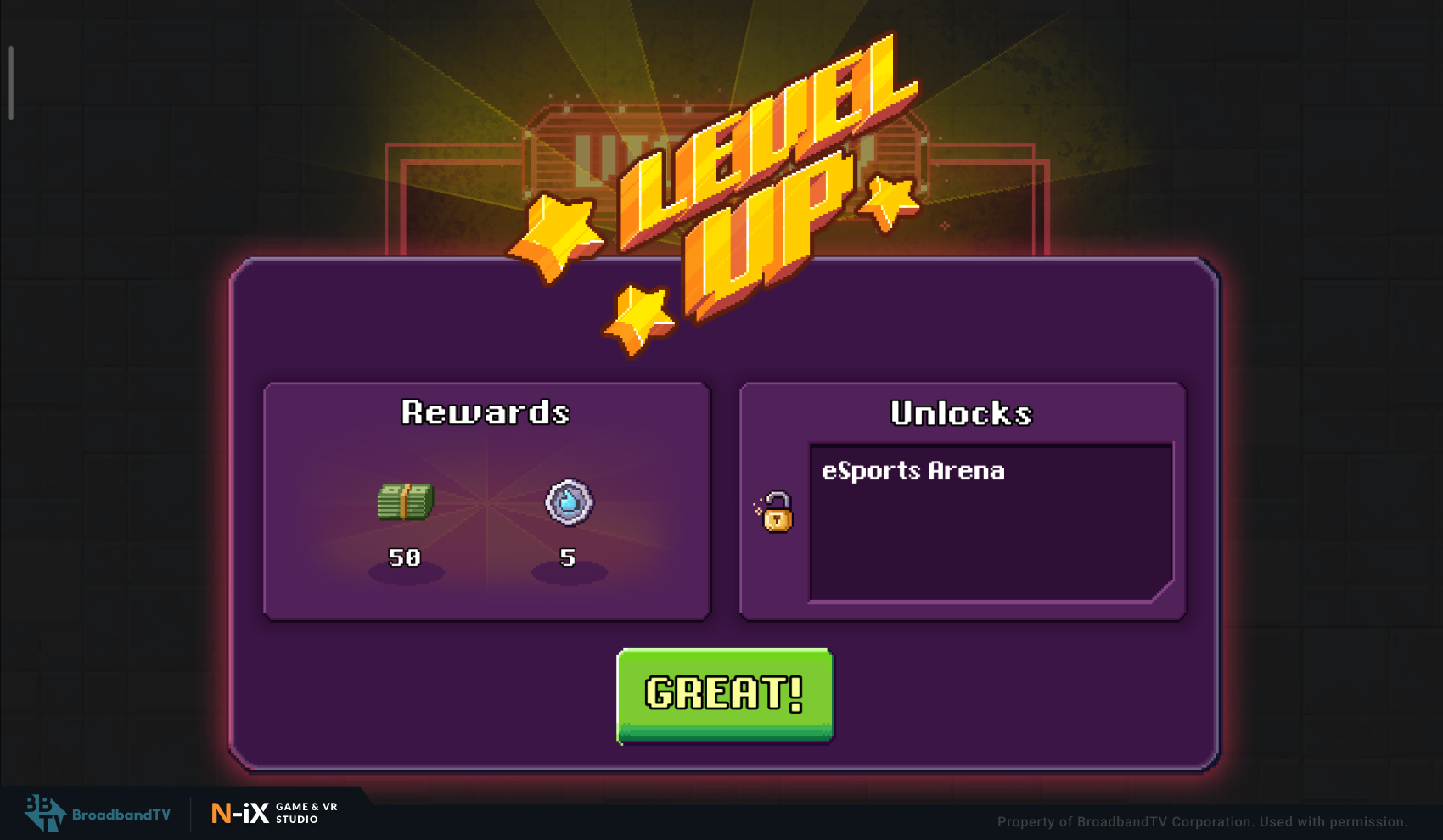 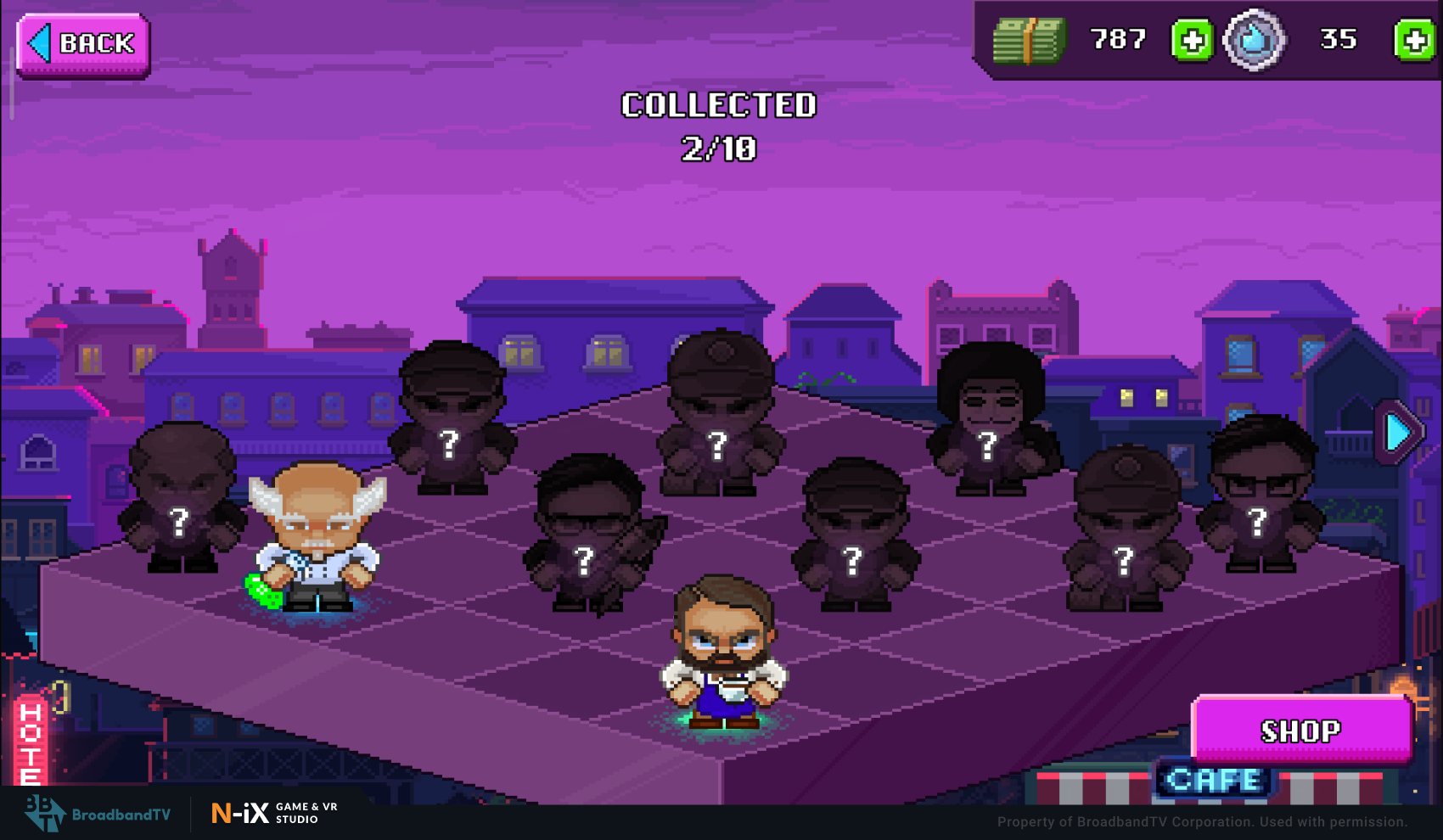 BroadbandTV Corporation provided the initial game design and required full-cycle development. Our main task was to gather an expert team of designers, game artists, programmers, and testers to come up with a holistic game vision, generate ideas for game art, make a prototype and proceed to production.

The unique feature of the game is the usage of characters based on real-life YouTube stars teaming with the players to take down the Greedy Corp.

The team cooperated tightly with the client to finalize the game concept and produce a detailed game design document. Afterwards, our pixel artist started working on the visual style of the game and the characters. Also, we developed the prototype to test the gameplay.

The team used Unity as the main technology and PlayFab for the back-end. Since there are a lot of characters, we implemented palette swapping (changing colours in the same sprite) which allowed us to create more characters by reusing existing assets.

The game has retro pixel graphics, which posed many difficulties for an artist who had to work with a very restricted palette and perform a lot of precise work.

During the production phase, the team had to make a lot of changes due to the constantly evolving design, which extended the project duration but ensured achieving the client’s objectives.