Created by Paradox Development Studio, the masters of strategy games, Crusader Kings III is a grand strategy game where you control a medieval dynasty and strive for its success while doing a lot of odd yet fun things in the process. 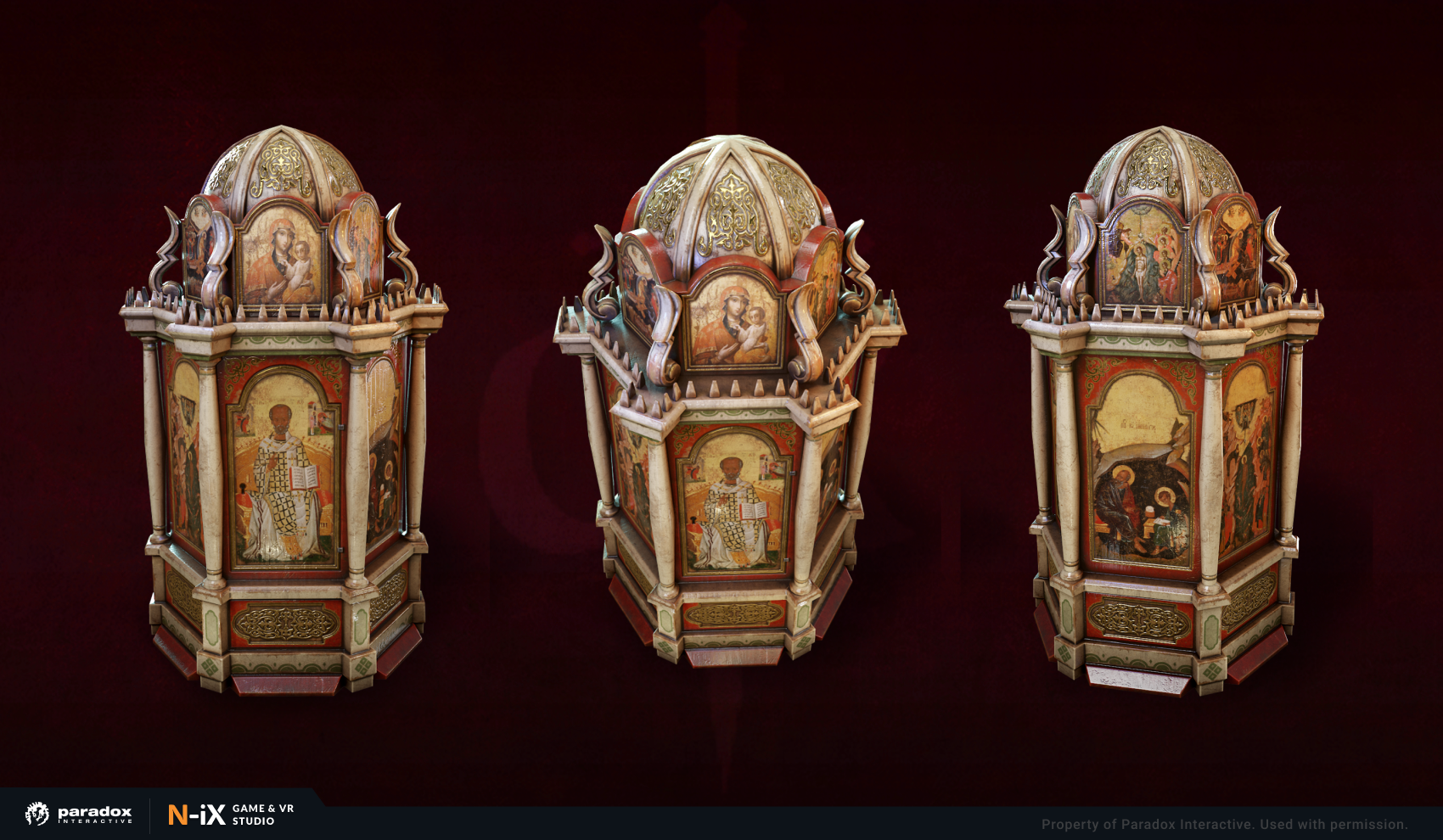 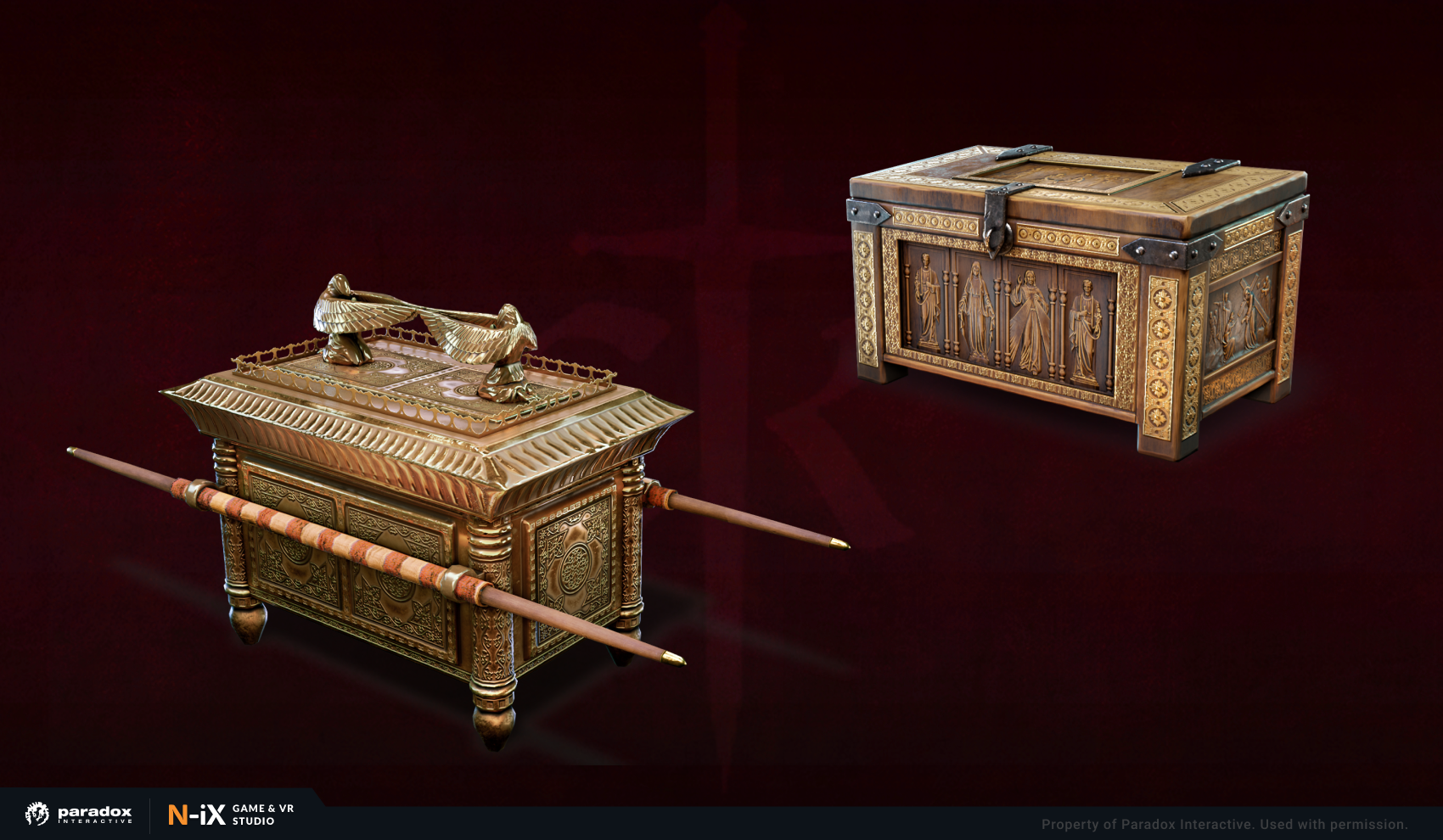 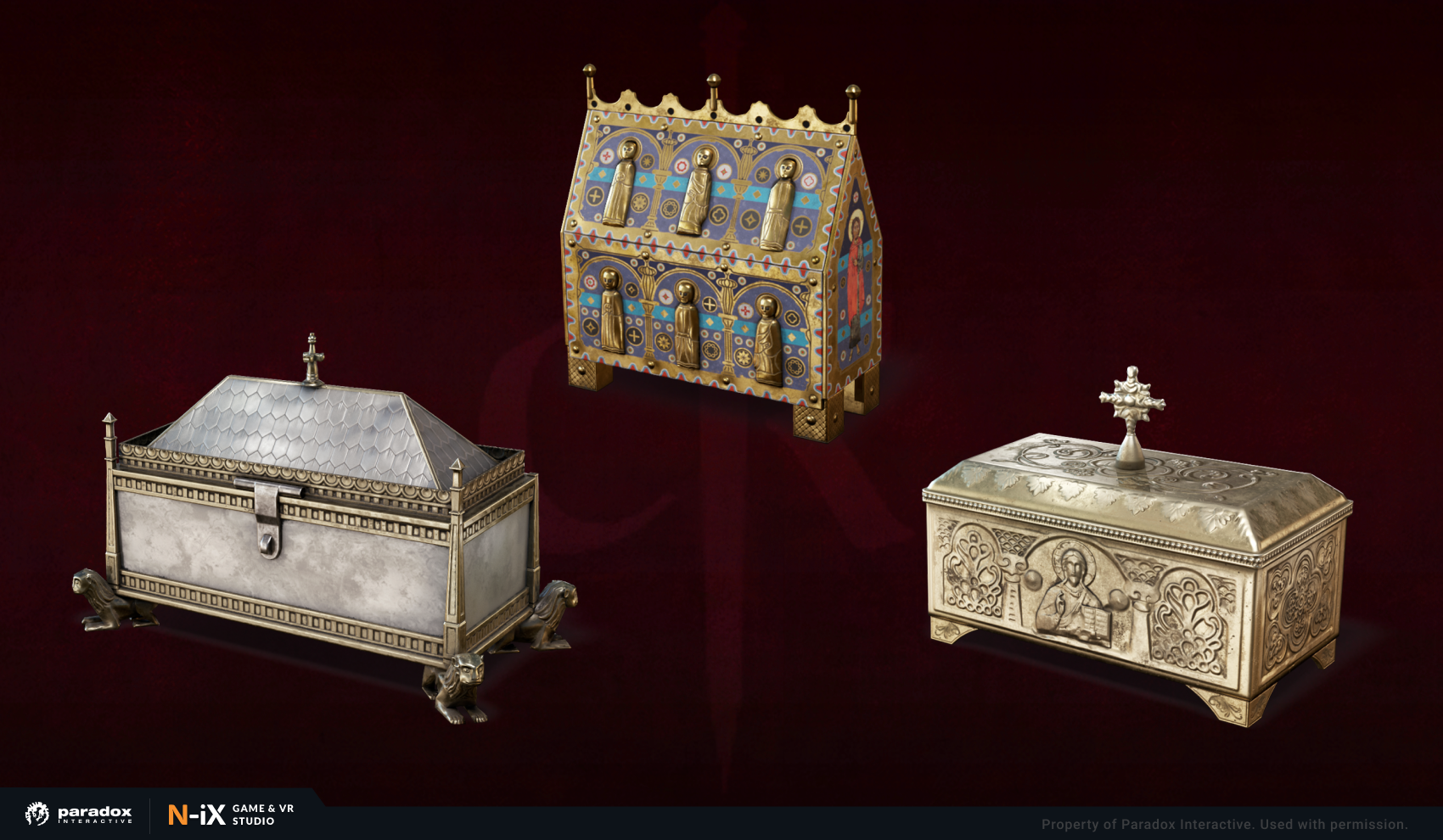 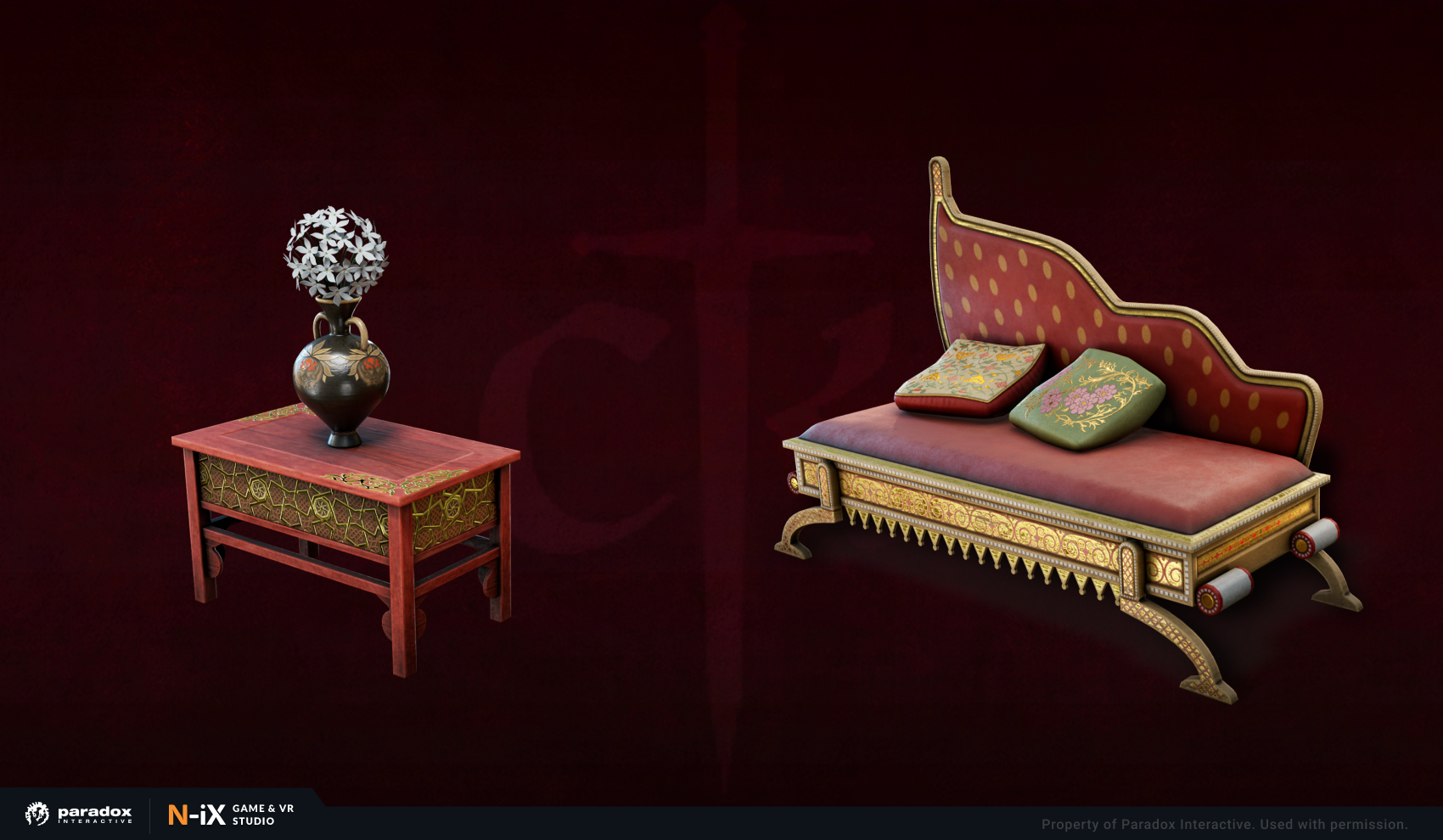 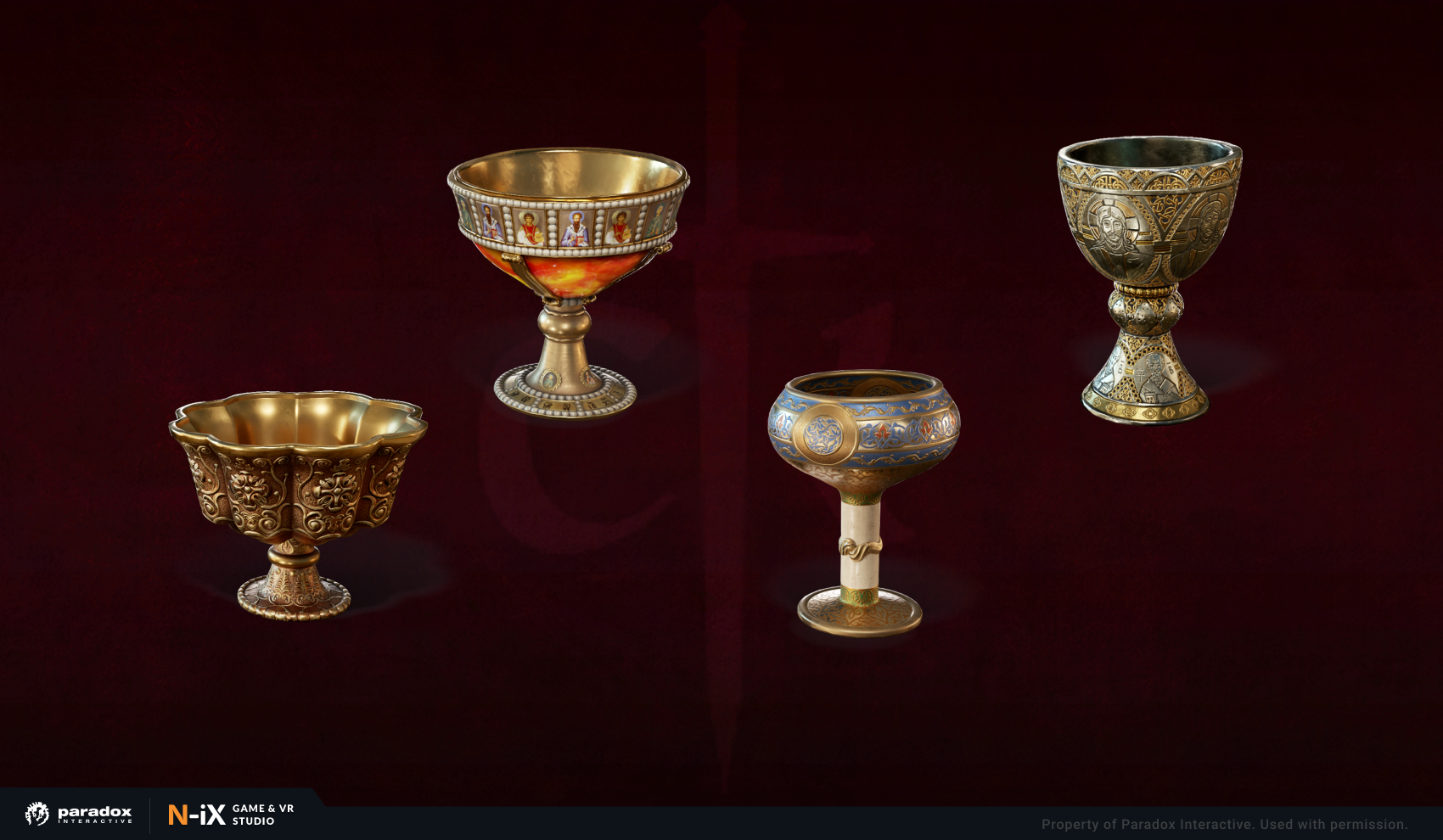 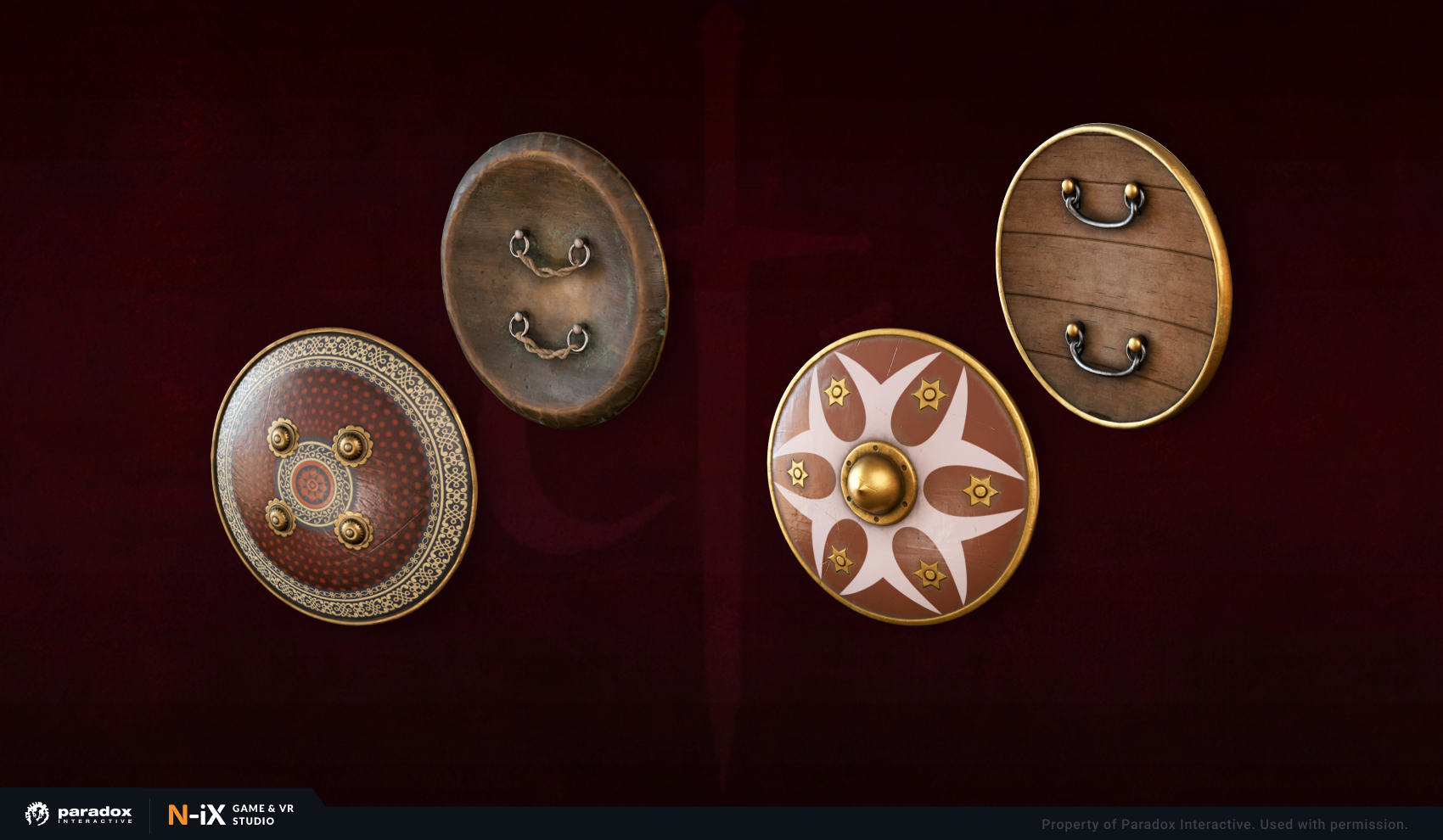 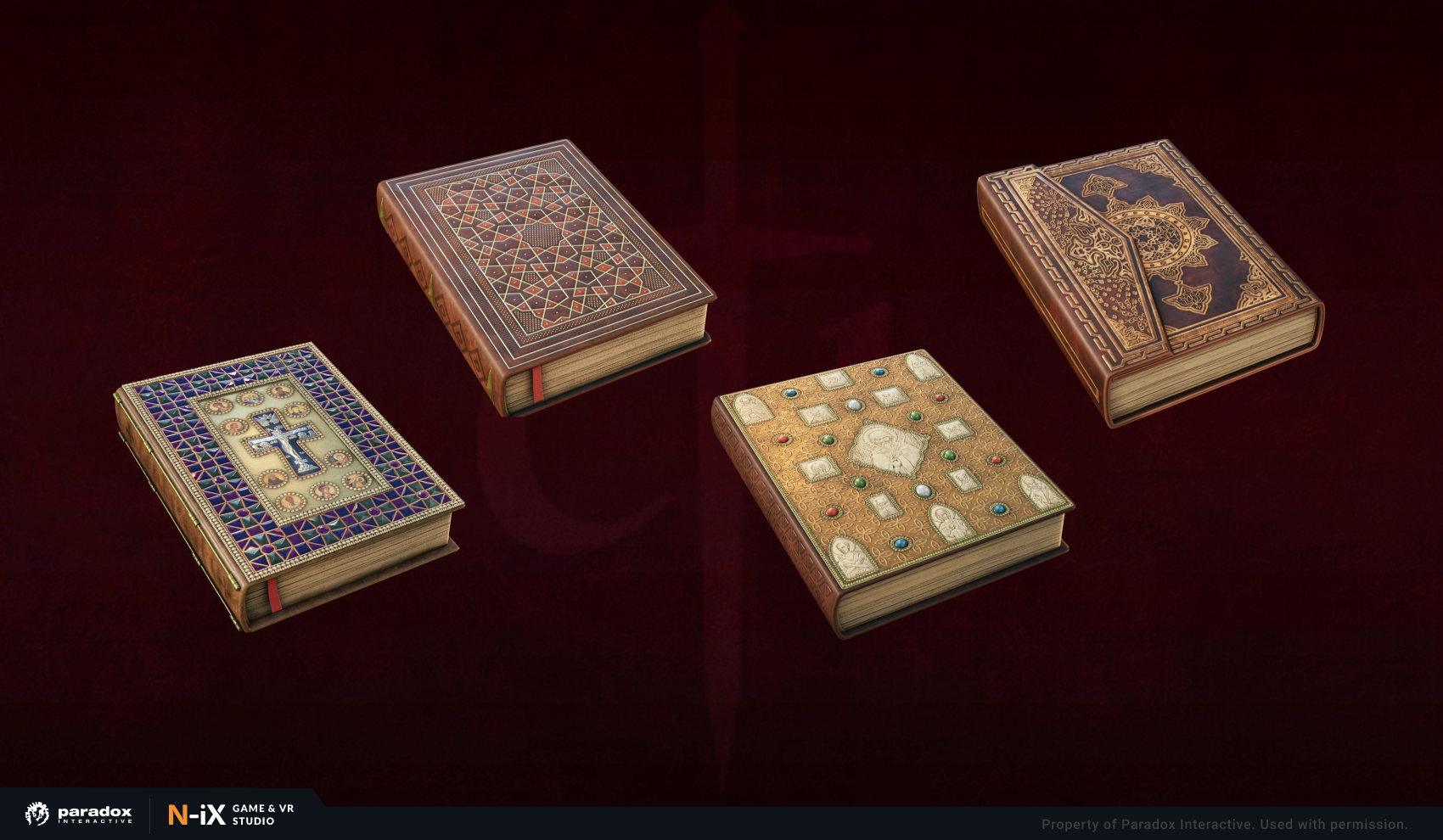 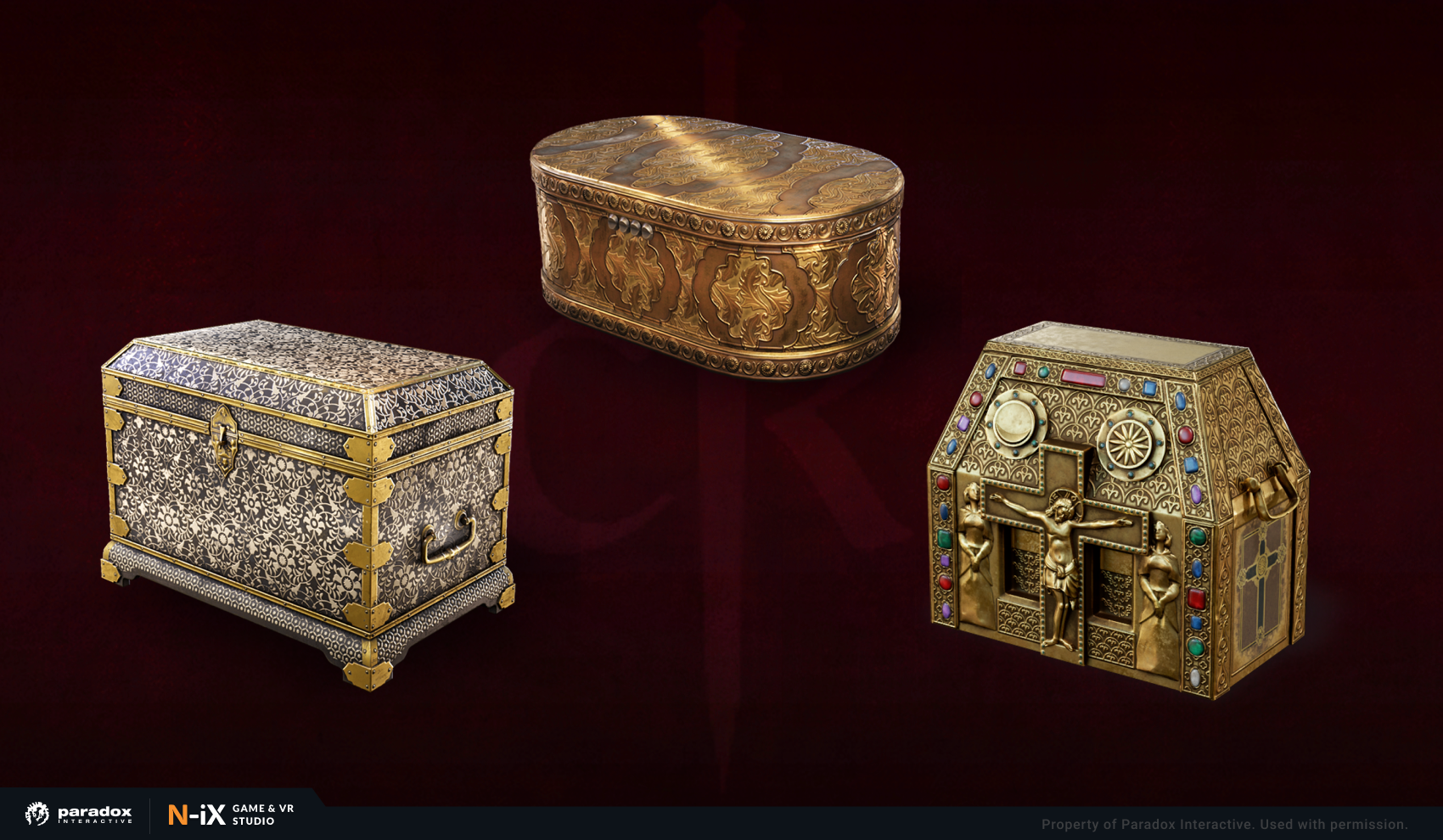 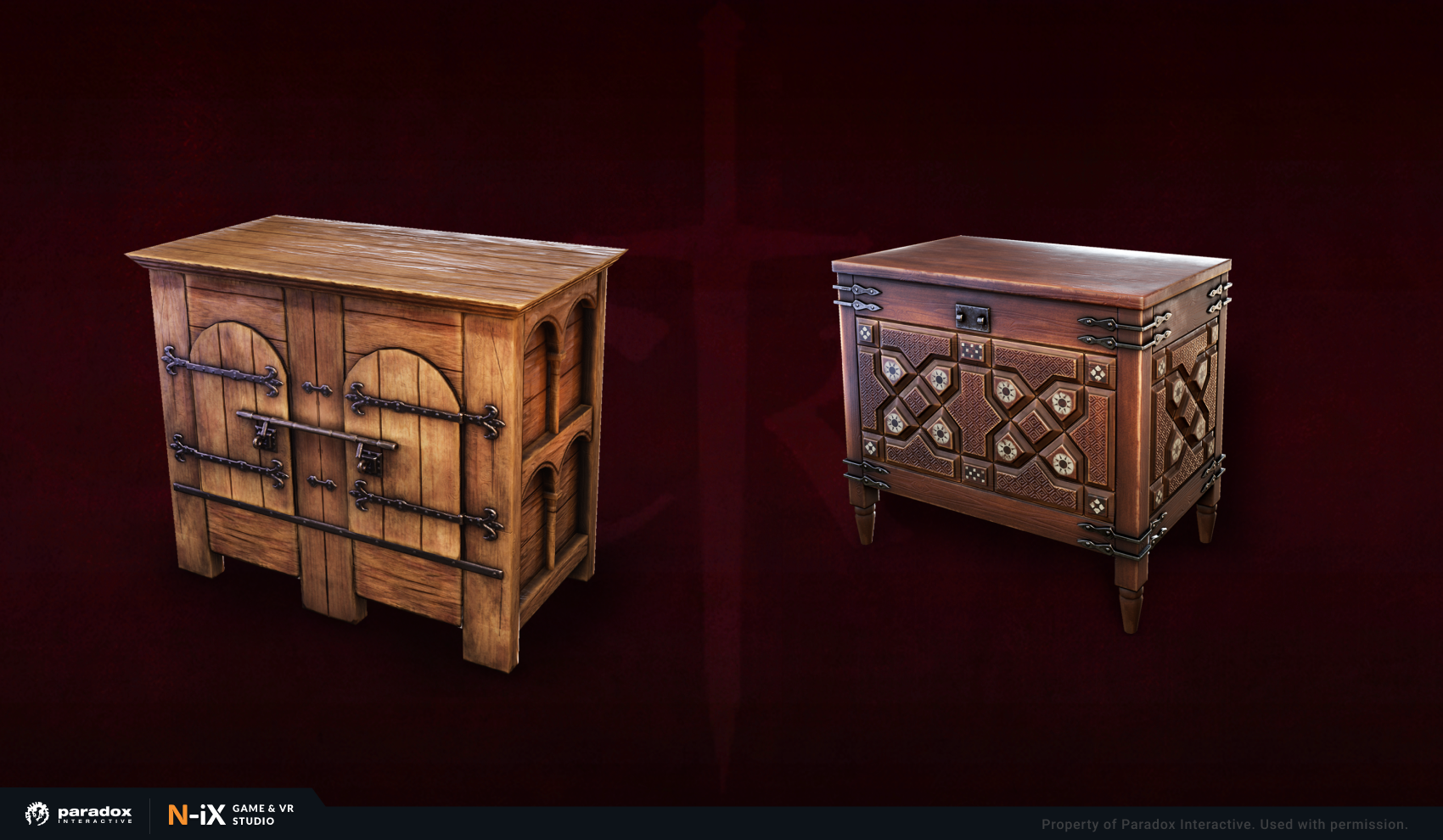 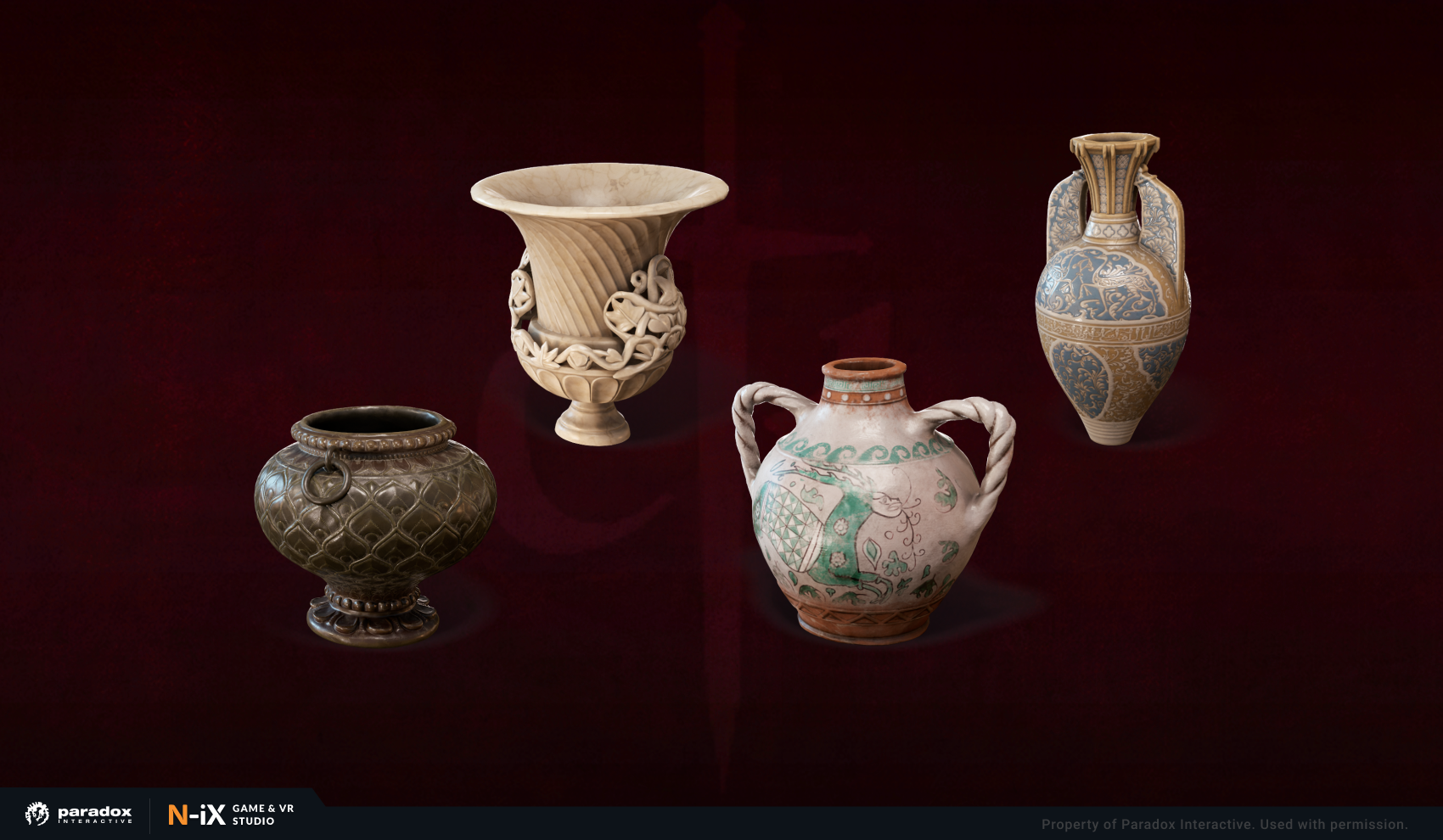 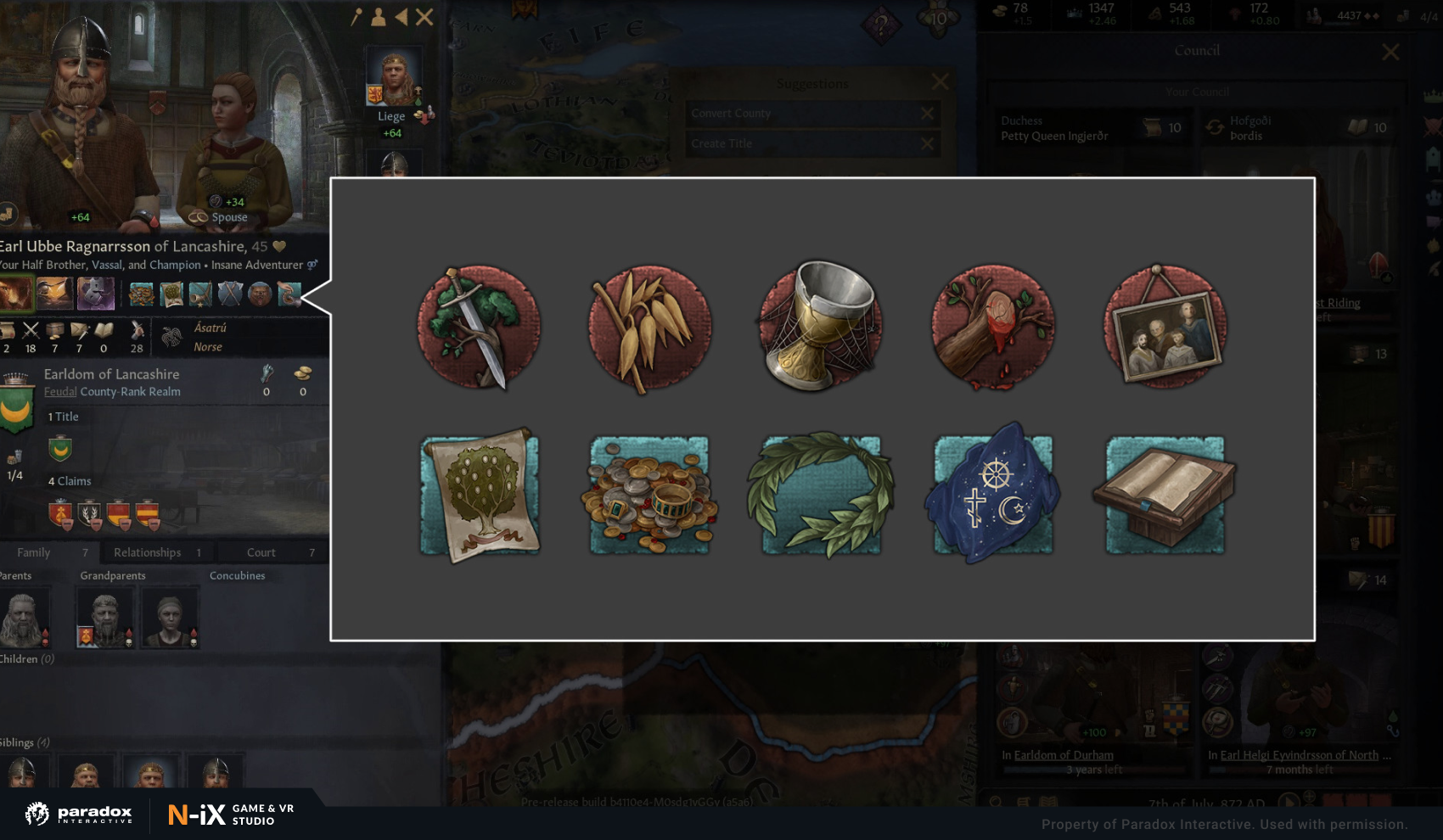 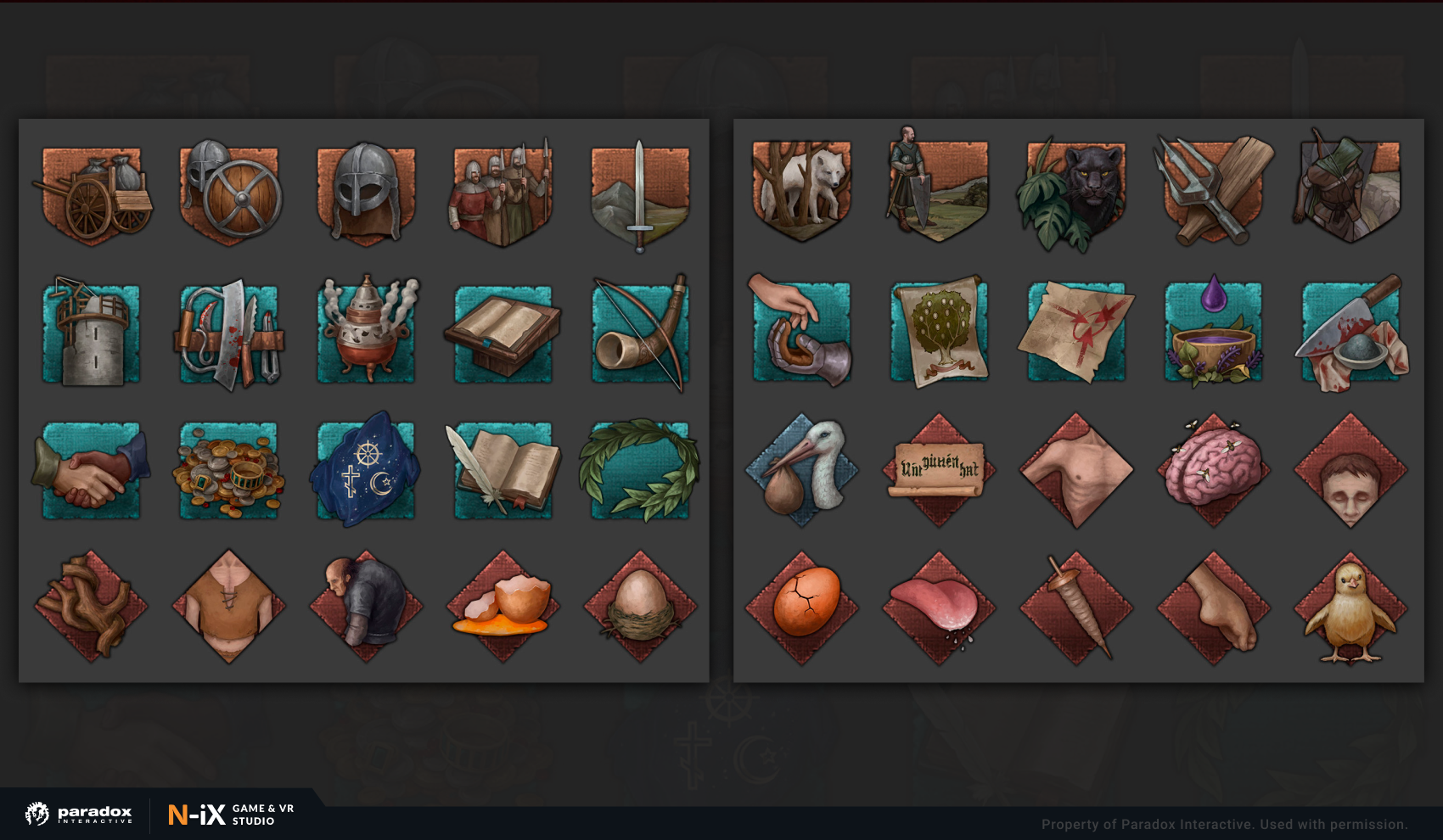 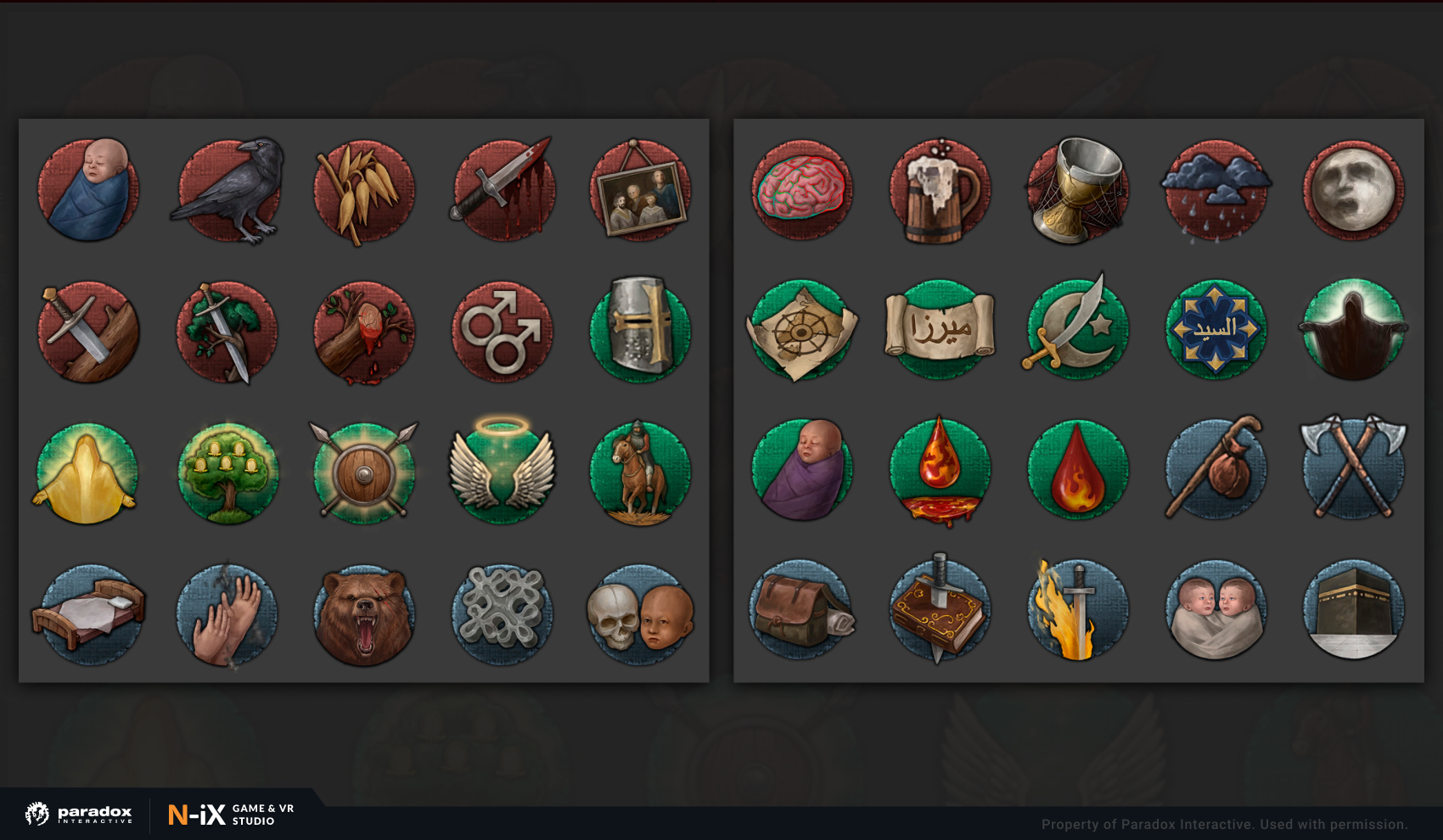 N-iX Game and VR Studio has been working with Paradox Interactive since 2017, and already managed to contribute to such great projects as Stellaris, Hearts of Iron IV, Europa Universalis IV, and Imperator: Rome.

This time we were happy to work on the sequel to one of the most popular strategy games ever made — Crusader Kings III. Our task was to create a diverse set of 3D models, as well as UI icons that will symbolize a character’s traits in the game.

For the first time in the Crusader Kings franchise, players are now able to decorate their court rooms with magnificent artifacts – this time in all their 3D glory!

The task of the N-iX artists team was to recreate a number of those ancient artifacts. Historical accuracy plays a central role in most of Paradox Studio’s games. That’s why the workflow is usually divided into two stages:

Research: The first stage starts with hunting for historical references to find artifacts relevant to the time period and within the cultures that are depicted. This can be both easy at times and complicated at others depending on the amount of material that has survived the decay or been documented since the middle ages.​ During this stage, we both look at the aesthetics and historical references we can find and verify.

Creation: While using reference images is an easy task to do, artists must also consider the original state of the artifact, since a reference from today could be of a possibly 800 years or more old object. So grime, damage, and aging need to be reconsidered and balanced, while still keeping the object in a used-looking state.

In Crusader Kings III, traits represent a character’s personality, reputation, abilities, and physical characteristics. They affect everything about a character, from attributes to the opinion others have on them. Traits can be gained or lost through game events and some can be inherited by descendants.

Each trait has a unique icon that gives a visual hint to its meaning. Our task was to produce a set of traits icons following both Paradox Development Studio’s art style and the historical reference. Anything depicted should have existed in the 12th century, including clothes, architecture, armor, items, etc.

Besides, since the traits icons sit not only under each character description but also end up in other menus, slightly scaled-down, image readability was vital when creating trait icons. Players should be able to easily understand what they are looking at.

After Crusader Kings III was released, the game received overwhelmingly positive reviews both from the game community and critics. It became a righteous successor of Crusader Kings II, immersing players into the most accurate simulation of a medieval ruler. After all, this is the only game where you can kidnap the Holy Roman Emperor, force him to convert to a new religion, and thus cause the empire to erupt in civil war and collapse!